The Roman Polanski Review of Books

As I trust you’re well aware The Hollywood Reporter has just pubished a story concerning Samantha Geimer, the teenager whose sexual encounter with Roman Polanski upended his already tumultuous life.

Surely the facts are in considerable dispute.

LONDON — Every few years, it seems, we are collectively forced to revisit the cultural maelstrom that is Roman Polanski. This time, however, our cultural re-connection with Monsieur Polanski comes in the form of news that the then-13-year-old girl whom he drugged and raped in Jack Nicholson’s home all those years ago

They were at Jackie Bissett’s place first. But as the light was fading they repaired to Jack’s. 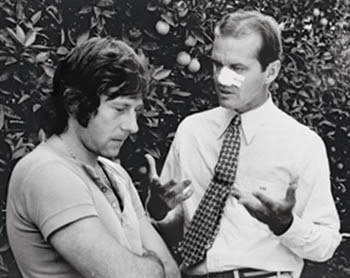 is publishing a memoir to tell her side of the story.

I’ve weighed in with my “side” of the Polanski story 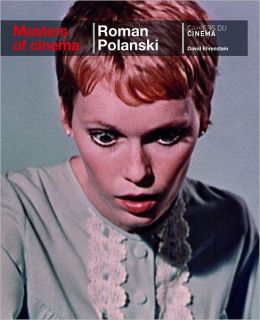 his life being a compendium of fame, cinema and abject horror whose leading players include

Samantha Geimer – yes, she has a name – has penned a memoir entitled “The Girl: Emerging From the Shadow of Roman Polanski.” In her own words, “I am more than Sex Victim Girl, a tag the media pinned on me. I offer my story now without rage, but with purpose — to share a tale that in its detail will reclaim my identity…I am not a stick figure. I know what it is like to be a woman and a victim in the realest possible way.”

She most certainly is not. “Real” however is a figure of art.

For years, Geimer chose to remain silent on the subject of the crime that was committed against her all those years ago. Although she long ago acknowledged that she was the “girl” in the Polanski scandal, and subsequently sued Polanski, agreeing to a settlement, she has publicly said that she forgave the Polish-born director and supported his efforts across the years to dismiss the case against him.

Geimer, now 47, no longer looks the part of some beguiling teen ingenue who once – with her mother’s blessing – went to Nicholson’s home for a private photo shoot and modeling session that resulted in one of the most famous and enduring manhunts in American history. Instead, the married mother of three who lives in Hawaii, well…pretty much looks like the rest of us.

I fully believe that Samantha Geimer has every right to tell her side of this story and be more than just a label. And heaven knows there will be people of all sorts of political persuasions queuing around the block when this book is released to hear what she has to say. (In the United States, at least, Polanski’s pariah status is one of the few things that seems to unite both the left and right sides of the political aisle in our country.)

And yet, I can’t help wishing that she wouldn’t tell her story. When the “wronged” party speaks, it never quite works out for them, does it? Remember Elizabeth Edwards’ memoir of living with cancer – and her husband’s affair – “Resilience”? A lot of people previously sympathetic to the mother of four/once first lady-hopeful suddenly turned on Edwards, seeing her as bitter and celebrity-craving.

Which seemed odd to me. She had a right to be bitter. She was dying of cancer and the hubster had ditched he for a celebrity stalker, lying about it all the while. But as Edward Albee says “that’s just blood under the bridge”

Ditto Monica Lewinsky. Monica was never much-loved by the public. But until news of her $12 million book deal recently she might have succeeded, as my colleague Judy Howard Ellis pointed out, in re-inventing herself as the woman who emerged from early scandal to run a corporation or global foundation instead of reviving and owning the whole “that woman” discourse again.

Small potatoes now thanks to Weinerdude.

Geimer is clearly in a different place than either of those two women. Unlike Lewinsky, she was not party to a consensual affair with an older man, but the victim of child rape. And unlike Edwards, she is a largely unknown public figure, one whom we’ve had to define over the years because she wouldn’t (understandably) do it for us.

Steve Cooley of the Los Angeles District Attorney’s Office has been only to happy to jump-start a ‘definition” what with his (happily failed) 2009 attempt at Roman-snatching.

But I fear that there is no way that this story will end well for her. Even if she intends for her book to clear her name, once and for all, I imagine that all it will do is harden those who believe that Polanski is an extremely talented film-maker who was himself the victim of a legal circus (both true) and those who will forever wish to see him behind bars for raping a child and getting away with it (also true).

So which is it?

And Geimer herself – not to mention her mother –

I eagerly await Geimer’s explanation of her mother’s actions — or is it inactions?

will be scrutinized six ways to Sunday as we proudly extol her braveness and voice even while pouring over the prurient details of exactly what happened that day 35 years ago.

Will Mom’s role in said “pruience” be scrutinized at last?

I’d rather not go there, folks. Polanski himself has clearly moved on. In a bizarre twist to this never-ending conflagration of family values, Polanski is currently filming his next movie starring…his wife.

Venus in Furs will be released shortly.

My wish for Geimer is that she can move on too.

Fair or not, it’s time to put this behind us.

But how can we? We’re all Slaves to Love. Right Roman?