Surely the facts are not in all that much dispute.

Late on a Tuesday evening, at a Dupont Circle bistro that serves $11 mojitos, the congressman and the undercover officer talked about cocaine.

They talked about how much the congressman would have to pay for it. They talked about the quality of the drug for sale. Finally, they made a deal: $250 for 3.5 grams, an amount generally bought for personal use.

Outside, in a car, the drug and money changed hands. And then, suddenly, there were feds outside the vehicle.

Before that moment, Rep. Trey Radel (R-Fla.) had built a remarkable double life in Washington — and built it in record time.
Wednesday night, less than a month after his arrest, hours after he had pleaded guilty to a drug charge, he announced he is taking a “leave of absence” from Congress.

He had been in Congress just 10 months when the arrest came. But he already had made a name in the House as an ener¬getic and media-savvy freshman, willing to battle party elders to cut spending.

IOW, screw the poor even more than they wanted to do.

And, in the same 10 months, he also had become connected to the city’s drug trade: Court documents say he bought cocaine on several occasions. Radel, it turned out, had managed to attract the attention of the Capitol press corps and the Drug Enforcement Administration before Congress even took its Thanksgiving break.
With that purchase in Dupont Circle on Oct. 29, Radel could no longer keep his two lives separate.

DuPont Circle? Is there more to this “double life” than Pravda is willing to discuss?

On Wednesday, the 37-year-old lawmaker pleaded guilty to a ¬misdemeanor drug-possession charge in D.C. Superior Court. He was sentenced to one year of probation and will undergo substance abuse treatment in Florida.

Prosecutors said Wednesday that Radel did not receive special leniency because of his position. He was charged with a misdemeanor, they said, because D.C. law classifies simple possession of any drug — except PCP — as a misdemeanor. If prosecutors thought that Radel had intended to sell the drug, he would have been charged with a felony.
Charging documents say that Radel bought cocaine “for his personal use and also, on occasion, [to] share it with others.”

What others? And he was handing it out gratis? Not very Republican of him.

William Miller, a spokesman for the U.S. Attorney’s Office, said Radel received the same punishment as many other people facing the same charge. In 2012, he said, nearly 700 people were charged with misdemeanor cocaine possession in the District.
“Only a small fraction received any jail time as a result,” Miller wrote in an e-mail.

If they’re rich and white.

Radel is a former TV anchor and conservative radio host who grew up in Cincinnati as the son of a funeral-home director. He is married to former TV journalist Amy Wegmann Radel. They have a young son.
Radel was elected by a wide margin last fall, taking a seat left open when longtime Rep. Connie Mack (R) ran for the Senate.
That was the start of his public life in Washington: a hyper, ambitious 10 months in which Radel sought ways to stand out in the crowd on Capitol Hill. He focused on social media, filling his Twitter feed with short video clips, rapid-fire jokes and allusions to old-school hip-hop.

No time went to waste. Radel made videos while on the Metro, or walking in the Capitol’s tunnels, focusing the camera on himself as he talked. Even the flights back home to his district — traditionally, the quietest hours in a Congress member’s life — became, for Radel, a branded, shared, media experience.
“IMPROMPTU TOWNHALL. Boarding plane. If wifi & battery hold up-twitter townhall,” he wrote via Twitter on Oct. 24. ¬“CAVEAT — let’s NOT talk politics or policy.” What followed was a free-flowing discussion that included his favorite brunch places in Washington (he recommended Afterwords Cafe and Grill in Dupont Circle), his favorite drinks (“Ketel Soda 2 limes or martini up blue chs olives”) and the oddest items in the SkyMall catalogue. 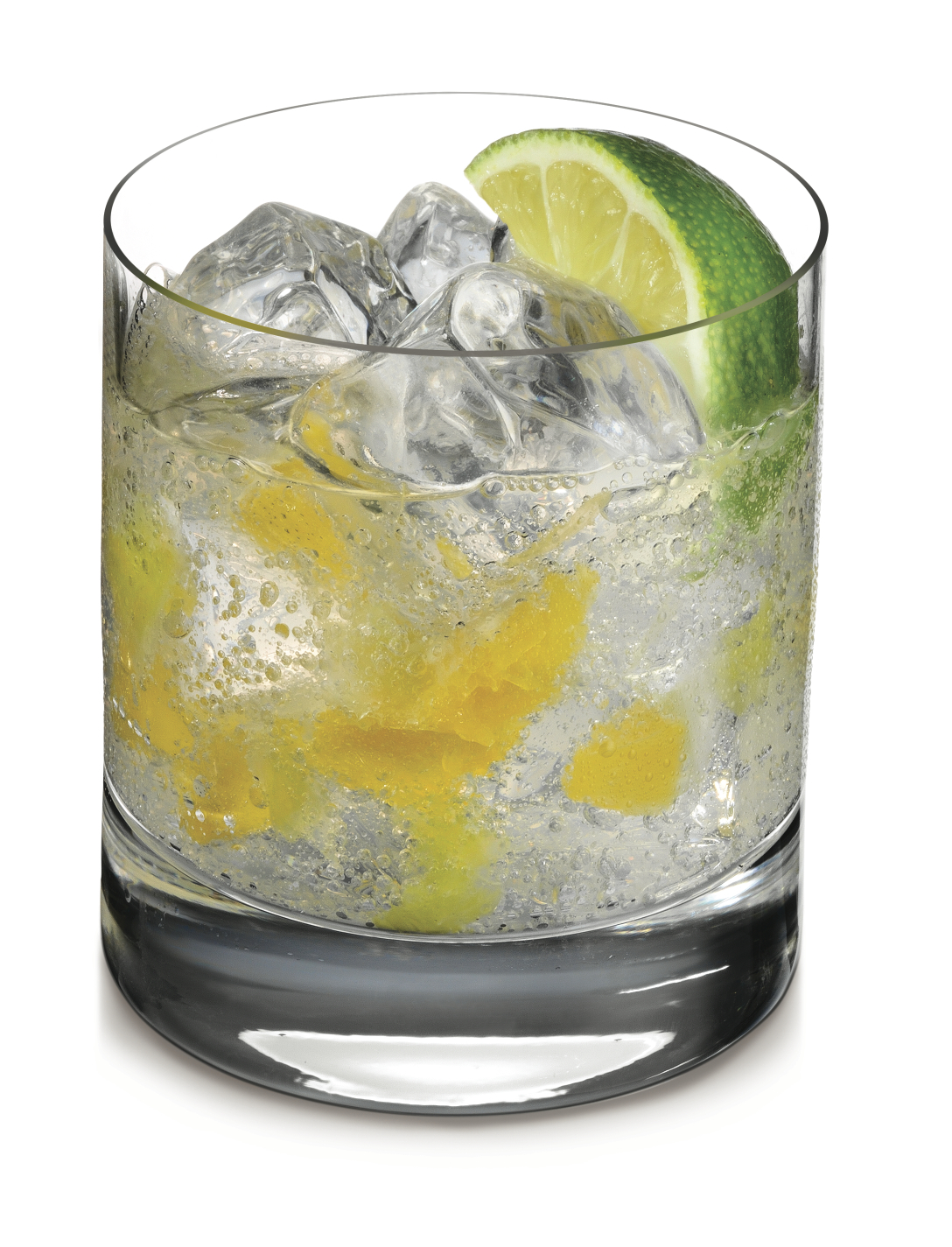 In the House, Radel often voted with conservatives: He voted “yes,” for instance, on a broader bill that would allow states to drug-test recipients of food stamps.

And here we get to the beating heart of the matter – the criminalization of the poor through “illegal search and seizure” (made “legal”) while rich white drug addicts and dealers SKATE!

But the highlight of his career so far was a fight against a silly-sounding federal institution: the National Sheep Industry Improvement Center. The center gives grants to sheep researchers, sheep-rancher associations and young shearers in training. It is a beloved project of lawmakers from sheep-heavy states. But this past summer, Radel stood up before the House to argue that, at a cost of $1 million or more, it was too expensive to keep.
“It is for sheep shearing. Sheep shearing. Sheep shearing,” he said. “An industry that basically goes back to the Old Testament. Moses was sheep-shearing.”

It was a small thing to fight about. But a congressman — especially a freshman — is not made for big things. In this case, Radel’s fight against this small program was opposed by longtime members from both parties, who argued that the sheep industry needed the money. The House voted. As the tallies flashed on the electronic scoreboard visible from the floor, it was close: 86 for defunding, 90 against. Then 155 to 136, then 212 to 210. The amendment needed 218 votes to pass.
In Radel’s office, his staff took pictures of the television screen with their cellphones, capturing C-SPAN at the moment he secured his 218th vote. The eventual tally was 235 to 192 .
“That’s why I love what I do,” Radel said, recalling the experience in a recent interview with The Washington Post. “At some time, we have to start making the adult decisions here.”

With adult drugs and alcohol to help make them.

He said that on Nov. 13. Two weeks after the bust in Dupont Circle. At that time, he gave no indication — even to his party leaders — that his hidden life in Washington had begun to threaten his public one.
The bust came about, federal law enforcement officials said Wednesday, after they stumbled across Radel by accident. As part of a broader investigation, they arrested a drug dealer. The dealer said a congressman was a client. Court papers say Radel had purchased and used cocaine on “several occasions.”
So the FBI and the DEA set a trap. On Oct. 29, Radel, an acquaintance and the undercover agent met at a restaurant, which law enforcement officials identified as Circa, at Connecticut Ave. and Q St. NW. (A manager at the restaurant declined to comment Wednesday.) Court documents say Radel first invited the two others to go back to his apartment to share cocaine he already had. 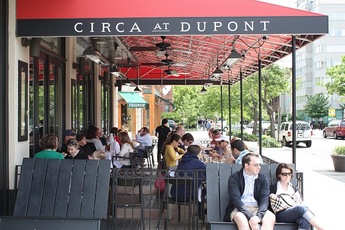 But the undercover officer demurred. He didn’t want to use. He wanted to sell. Eventually, Radel agreed to buy. For some reason, he overpaid. Court papers say he handed over $260, which was $10 more than the amount agreed on.
After the deal was done, the federal agents approached Radel. Then, the court papers say, he asked the officers to come to his apartment to discuss the incident. They did. Once there, court papers said, Radel handed another vial of cocaine to them.
He was not arrested, but he was warned he would probably be charged.

Lovely. Such restraint. Why didn’t they throw him to the floor an cuff him? Of course you know the answer.

“I hit a bottom, and I realize I need help,” Radel said in court Wednesday. In an earlier statement, issued Tuesday, he blamed “the disease of alcoholism” for his poor judgment.
After the bust, it appears, Radel still tried to keep the two sides of his Washington life separate.
For three weeks, he said nothing to House leaders, according to a senior GOP aide. As recently as Friday, he continued to vote, and to fire off tweets bashing President Obama’s health-care law.
On Tuesday, Radel requested a meeting with House Speaker John A. Boehner (R-Ohio), the GOP aide said. But by the time they met in the afternoon, the news media were reporting on Radel’s case.
During his late-night news conference Wednesday, Radel mentioned painful events in his past, including his mother’s alcoholism and her death from choking during his wedding reception. He said he is seeking “intensive inpatient” treatment but did not say how long the treatment or his leave of absence would last. During his absence, he said, he plans to donate his congressional salary to charity.

Radel spoke lovingly of his wife and son. But even as he focused on his troubles, he never dropped the sweeping language of a congressman. He would begin recovery not just for his family, he said, but for his district.
“I hope, like family, southwest Florida can forgive me for this. I’ve let them down,” Radel said. “But I do believe in faith, forgiveness and redemption.”

And the Tooth Fairy

There is no House rule that says Radel must resign. And his fellow Republicans have not publicly pressured him to go. On Wednesday, they expressed somber puzzlement about the man they have served alongside.

You mean he didn’t give them enough Blow?

If Radel completes probation, he won’t have a conviction on his record, according to the U.S. Attorney’s Office. Even if he remains in Congress, there is a chance that his big legislative victory could slip away. The sheep center could survive. Its fate is being decided, in a conference committee drawn from the House and the Senate. Radel had been trying to lobby that committee to keep his amendment and defund the center.
Now, he seems less likely to succeed.
“Cocaine. Holy mackerel,” said Glen Fisher, the Texas sheep rancher who is the chairman of the federal sheep center’s board.
In a telephone call on Tuesday evening, Fisher was learning that the chief advocate for defunding his institution — the energetic, ambitious congressman who wanted to change the way Washington worked — is facing bigger problems.
“Well,” Fisher said. “That’s too bad.”

Sing us out Jerry!