Well it looks like Ezra has really stepped in it bigtime.

Vox Media’s decision to bring Brandon Ambrosino on board is click-bait contrarianism at its worst.

Sez The American Prospect. But when it comes to “contrarianism” (the “But I’m Really Bisexual'(s) of the Right) what would be “best”?

The problem with hiring Ambrosino is not that Klein isn’t entitled to bring someone on board whose views the gay community finds distasteful. It’s that Ambrosino’s quick rise to notoriety—and now, his ticket aboard the profession’s hottest new upstart—is an object lesson in the way new media equates click-bait contrarianism with serious thought and gives hacks a platform in the name of ideological balance.

Far more simply it underscores the fact that outside of Frank Rich precious few straights have a clue when it comes to TEH GHEY.

A 23-year-old graduate of Jerry Falwell’s Liberty University, Ambrosino has earned his name as a journalist—and his coveted spot at Vox Media—by being the gay writer who comes to the defense of gay-rights antagonists. He most recently stirred up a storm by proclaiming, at The New Republic, that homosexuality is a choice and that he has chosen to be gay. Time magazine gave him space to call gays the real bigots for piling on Duck Dynasty’s Phil Robertson, who had equated homosexuality with bestiality and said gays weren’t going to heaven (still, Ambrosino says he wouldn’t mind going fishing with the guy). At The Atlantic, Ambrosino threw his hat in the ring for the founder of his alma mater, who blamed September 11 on gays and accused them of trying to “recruit” children; Ambrosino says liberals like Bill Maher have slandered the Moral Majority founder and says, in Falwell’s defense, that the guy with the “big fat smile” probably wouldn’t have had him stoned to death if he’d known about Ambrosino’s sexuality. Ambrosino also defends the views of ex-gay therapists and same-sex marriage opponents, whom he says aren’t motivated by bigotry. In The Baltimore Sun, Ambrosino went after the guys in “butt-less chaps and high-heels” at gay-pride marches who earn society’s prejudice with their “hypersexual antics”: “I think there is a subversive power in living out my gay life in a way that seeks to emphasize the common ground I share with straight communities,” he wrote. “I don’t want to participate in an event that seeks to highlight how countercultural I am.” Unsurprisingly, the religious right has been thrilled to find an acolyte among the fallen.

Isn’t he a treasure? 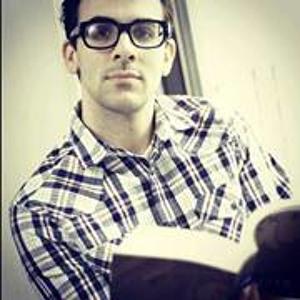 Gay intellectuals like Andrew Sullivan or Jonathan Rauch may occasionally ruffle queer folks’ feathers for going against the grain when it comes to hate-crime laws, say, or the right of for-profit businesses to turn away gay customers. But Ambrosino should not be thought of in this mold.

Oh really? Rauch hasn’t to my knowledge hasn’t commented on this yet. But Patient Less Than Zero 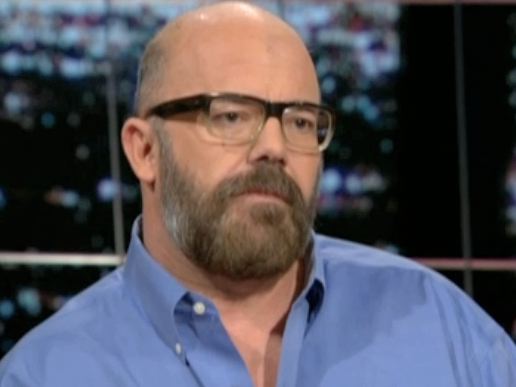 Here’s what I also found: He wants the gay rights movement to adopt more of the forgiveness and compassion that marked the spirit (if not always the letter) of Martin Luther King Jr. He gets a little grossed out by hyper-sexual antics at gay rights parades – which is a bit of a bore, at this point, but within his rights (and certainly something some gay people say sotto voce).

As I have noted Sully has never been sotto voce in his antipathy to fellow gays.

He conflates too many issues when discussing gay identity – but, in his emphasis on choosing sexual identity, he echoes the new left rather than the gay right. Sure he trades on being the gay writer willing to criticize the gay world, but he seems perfectly sincere to me, if a little jejune. And why is he not allowed to criticize what he sees? Is he supposed to take some gay test before he’s allowed a voice?

Surely a Remedial Sondheim class is in order. As for Ezra the consensus is he’ll have to correct this “mistake.”

“Over the past 48 hours I’ve spoken to a lot folks in the LGBT community to better understand the strong, negative reaction to my hiring of Brandon Ambrosino. People felt Brandon had made his name writing sloppy pieces that were empathetic towards homophobes but relentlessly critical of the gay community. They believe we were sending a signal about Vox’s approach to LGBT issues: Contrarian clickbait at the expense of the struggle and discrimination that LGBT men and women face every day.

That was never our intention. Our approach to LGBT stories will be the same as our approach to all other issues: We want people to read us because we do the best job tracking and explaining the news, not because we do the best job shocking people. We want to inform our readers — not annoy them. Our kind of clickbait tends towards beautiful data visualizations, not frontal assaults on causes we believe in and people we admire.

Brandon isn’t our LGBT correspondent. He’s not even the only LGBT employee of Vox.com. He is a young writer who we think has talent who’s going to receive a lot of editing and a lot of guidance.

Brandon applied for the news-writing fellowship, a one-year position focused on helping inexperienced writers develop aggregation and reportorial skills. Contrary to some garbled reports, before hiring Brandon I read a lot of his previous work. Brandon’s past writing was often quite pointed and personal, and not a fit for Vox — and I told him so. The writing fellowship requires a very different approach.

But something that often happens to young freelance writers on the Internet is that they end up writing reams of their most controversial opinions before they ever get a chance to do basic reporting or benefit from a routine relationship with an editor. So as part of Brandon’s writing test, I asked him to do eight news articles and two explainers — more than 5,000 words of original content, in all. He needed more editing, training and direction. But he showed himself a strong, fast writer who really wanted to learn. And that training is what the fellowship is there for.
 
I could’ve, and should’ve, handled this hire a lot better. But I would ask people to give Brandon a chance. He’ll be held to the same high standards as all Vox.com employees, and I believe he’ll meet them.”

And if you believe that I’ve got a bridge in Brooklyn that you might be interested in purchasing.