Surely the facts cannot be recounted without recourse to linguistic prophylactics

Residents of a New Hampshire town are calling for the resignation of their police commissioner after he called President Obama a racial slur and is refusing to apologize.
Wolfeboro Police Commissioner Robert Copeland, who is 82 years old and white, reportedly referred to the president using the N-word at a restaurant in March, according to the Concord Monitor. A woman who lives in the town, Jane O’Toole, overheard the remark and complained to city officials.
Copeland acknowledge using the slur toward Obama in an email to city officials, according to the Associated Press:
“I believe I did use the ‘N’ word in reference to the current occupant of the Whitehouse,” Copeland said in the email to his fellow police commissioners, part of which he forwarded to O’Toole. “For this, I do not apologize — he meets and exceeds my criteria for such.”

Note: The reporter does not question Copeland as regards his “criteria.”

“It’s not like I was eavesdropping. Mr. Copeland was being very loud,” O’Toole said, according to WMUR Channel 9.
About 100 residents attended a meeting Thursday demanding Copeland step down. Several residents berated Copeland for his comments. From the New Hampshire Union Leader:
“I think the words Mr. Copeland used was hate language,” said Edward Ryerson, interim pastor of All Saints Episcopal Church. He added: “Your job as I understand it is to create an environment that supports public safety. I feel less safe in this community if those remarks are part of our elected official’s opinion.”
After the meeting, Copeland said he would “think about what’s going on, then I’ll decide,” reports the Union Leader.
Reports show Copeland did have defenders. From the Concord Monitor:
Commission Chairman Joseph Balboni said he has no plans to ask Copeland to resign. “I think it’s crazy. Bob is a very nice person, and he’s been very generous to the town of Wolfeboro,” Balboni said. “He’s worked with a lot of blacks in his life. . . . He said some harsh words about Mr. Obama, and here we are. This woman, she’s blowing it all out of proportion.”
And from the Union Leader:
Richard Stockton said “let he who has no sin cast the first stone. Why is the N-word so offensive to so many people? The N-word is used in ‘Tom Sawyer’ and ‘Huck Finn,’” Stockton said 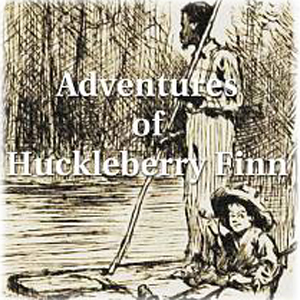 Or The Last Poets

Nice job Don — but why fumble at the last? It’s not a matter of “taking nigger back.” It’s about staring it down.

But this culture doesn’t want to do that. It LOVES its racists. Doubtless Copeland will be pursued like Cliven Bundy and “Donald Sterling” for an “Up Close and Personal.”

A small-town police commissioner in New Hampshire, who originally said he wouldn’t apologize for calling President Barack Obama the n-word, resigned on Monday.
Joseph Balboni, Police Commission chairman of Wolfeboro, confirmed to CNN that he received a resignation email from Robert Copeland.
“Dear Commission Chairman Balboni, I resign,” wrote Copeland in the email.
Last Thursday, Copeland, 82, sat with his arms crossed at a packed town meeting while a crowd of angry residents in the predominantly white town called for his resignation.
Copeland acknowledged in an email to his fellow police commissioners that he used the racial slur to describe Obama.
Jane O’Toole, who moved to Wolfeboro four months ago, said she overheard Copeland use the word at a restaurant in March.
“It’s not like I was eavesdropping. Mr. Copeland was being very loud,” O’Toole told CNN affiliate WMUR.
She wrote to the town manager about the incident, and Copeland replied with a letter to O’Toole.
“I believe I did use the ‘N’ word in reference to the current occupant of the Whitehouse (sic),” Copeland wrote. “For this, I do not apologize – he meets and exceeds my criteria for such.”

Copeland was one of three members of the police commission, which hires, fires and disciplines officers and sets their salaries.
Two months ago he ran unopposed for re-election and secured another three-year term.
Wolfeboro, located in the scenic Lakes Region in the central part of New Hampshire, has around 20 African-American residents among its population of 6,300. The town was often a dateline in news reports during the 2012 presidential election, with GOP Mitt Romney spending time with family and campaign aides at his vacation home on Lake Winnipesaukee.
Over the weekend Romney called on Copeland to apologize and resign.
“The vile epithet used and confirmed by the commissioner has no place in our community: He should apologize and resign,” Romney said in a statement provided to CNN

Garrett Morris will sing us out