As ‘True Blood’ enters its seventh and final season, there’s almost too much going on to notice the recasting of James, the hunky vampire boyfriend Jessica (Deborah Ann Woll) got paired with at the end of Season 6. When Luke Grimes suddenly left the show in December, HBO attributed his decision to “the creative direction of the character.” But now that James’ Season 7 storyline is becoming clear — a budding romance with Lafayette (Nelsan Ellis) — a source close to the show confirms that Grimes left because he was uncomfortable playing a gay character.

To be clear, James, who is now played by ‘Bunheads’’ Nathan Parsons,

hasn’t yet done the deed with Lafayette.

But there were heavy hints in the June 22 season premiere, and the storyline is headed in that direction. According to the source, Grimes objected to the first few scripts he received, once it became clear that his character would become romantically involved with Lafayette. He countered that he would be willing to play the role if Lafayette were attracted to him, but not if the attraction was mutual.

He also did not want to do any same-sex kissing or sex scenes. The writers were unwilling to change the scripts on his behalf.

Obviously nothing along the lines of –

Grimes’ publicist, Craig Schneider, says the actor’s exit from ‘True Blood’ was always a matter of scheduling. In an email to ‘BuzzFeed’, he wrote, “Luke always had an out clause as a means of pursuing other opportunities which arose in the form of features beginning with The Shangri-La Suite, followed by ‘Fifty Shades of Grey’, and most recently, Clint Eastwood’s ‘American Sniper’ with Bradley Cooper.” In a subsequent phone call, Schneider continued, “It had nothing to do with storylines, which he had not been privy to at the time of that posting,” referring to the Dec. 30 ‘TVLine’ story.

Blah, blah, blah. Yadda, yadda, yadda — and pull my other leg, it’s got bells on

Reached on Wednesday, a representative for HBO said their original statement about why Grimes’ exited the show has not changed.
According to the source close to ‘True Blood’, writers and cast members were baffled and angered by Grimes’ reluctance to take James in a same-sex direction, especially since ‘True Blood’ has always been an overtly sexual show with heavy LGBT undertones. Despite the scramble to recast the part, the writers and cast are pleased with Parsons’ performance, and believe he’s a good fit for the role of James.
On the plus side, if James does end up with Lafayette, that frees up Jessica for a happily ever after ending with Jason (Ryan Kwanten) before the series finale, set to air Aug. 24.

Clearly Grimes is terrified of how “playing gay” will affect his career. Just think of the way its ruined Tom Hanks

Hey, how about Grimes joining forces with uber-heterosexual Kirk Cameron

for a remake of In Cold Blood by Truman Capote? 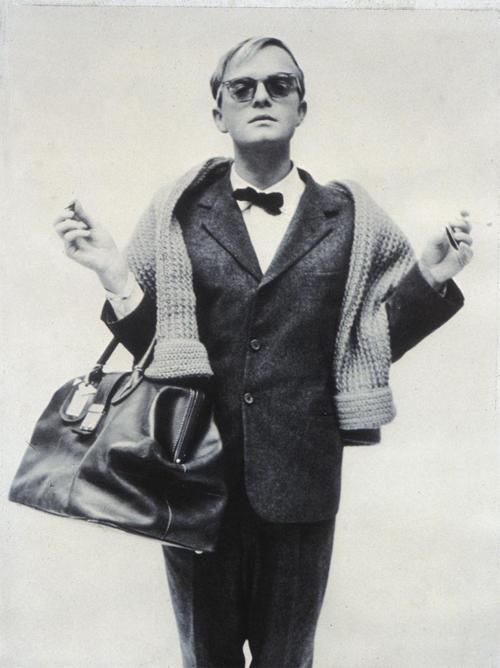 You could call it The No Homo Edition 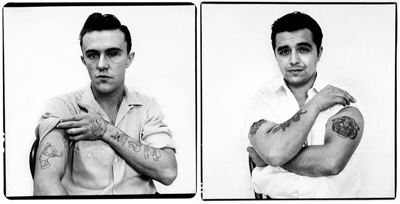 Yeah that would stop those nasty rumors about what a testy little closet queen y’are Luke.

And if that doesn’t work — Sing Us Out Jean!