Surely the NYT obituary is not in dispute.

Richard Mellon Scaife, the Pittsburgh philanthropist and reclusive heir to the Mellon banking fortune, whose support for right-wing causes laid the foundations for America’s modern conservative movement and fueled the 1998 impeachment of President Bill Clinton, died on Friday at his home in Pittsburgh. He was 82.
His death was confirmed by his lawyer, H. Yale Gutnick. Mr. Scaife had announced recently in a front-page article in The Pittsburgh Tribune-Review, a newspaper he owned, that he had an untreatable form of cancer.

Decades before David H. and Charles G. Koch bankrolled right-wing causes, Mr. Scaife and Joseph Coors, the beer magnate, were the leading financiers of the conservative crusade of the 1970s and ’80s, seeking to reverse the liberal traditions of Franklin D. Roosevelt’s New Deal and Lyndon B. Johnson’s Great Society.

The pattern is ever-so familiar. The rich and the powerful cannot countenance the idea of extending a helping hand to those who aren’t — and are particularly resentful of those few among the rich and powerful who do.

Mr. Scaife (pronounced SKAYF) inherited roughly $500 million in 1965, and with more family bequests and income from trust funds and investments in oil, steel and real estate, he nearly tripled his net worth over his lifetime. But unlike his forebears, who were primarily benefactors of museums, public art collections, education and medicine, he gave hundreds of millions of dollars to promote conservative political causes.

He never ran for public office or gave speeches to promote his political views. Indeed, he was notoriously withdrawn, rarely giving interviews or addressing controversies that regularly engulfed him. He had a longstanding drinking problem, engaged in bitter feuds with relatives, friends and employees, and found his troubled life examined in the news media, despite phalanxes of lawyers, spokesmen and retainers paid to insulate him from endless public fascination with his wealth and power.

See? This is how REAL political power works. Presidents and Congressmen are “Dress Extras.” Those who really run things work “behind the scenes” like Scaife and the Kochs.

But in written answers to questions by The Washington Post in 1999, he said concerns for America motivated him. “I am not a politician, although like most Americans I have some political views,” he said. “Basically I am a private individual who has concerns about his country and who has resources that give me the privilege — and responsibility — to do something to help my country if I can.”

He had the caricatured look of a jovial billionaire promoting “family values” in America: a real-life ]Citizen Kane’ with red cheeks, white hair, blue eyes and a wide smile for the cameras.

Friends called him intuitive but not intellectual. He told Vanity Fair his favorite TV show was “The Simpsons,” Thanks a bunch, Matt.

and his favorite book was John O’Hara’s “Appointment in Samarra,” about a rich young Pennsylvanian bent on self-destruction.

In his first foray into national politics, in 1964, Mr. Scaife backed Senator Barry M. Goldwater, the Arizona Republican, who lost his presidential bid in a landslide. In 1972, Mr. Scaife gave $1 million to the re-election war chest of President Richard M. Nixon, including $45,000 to a secret fund linked to the Watergate scandal. And in the 1980s, Mr. Scaife ardently supported Ronald Reagan’s presidency.

But, disillusioned by Watergate and Nixon, he switched his focus from officeholders to ideologies, and his influence in the rise of neoconservatism stemmed primarily from his contributions to think tanks, lobbyists and publications that promoted free-market economics, lower taxes, smaller government and cuts in social welfare programs. Beneficiaries included the Heritage Foundation, the Cato Institute, the American Enterprise Institute and Judicial Watch.

The ending of the U.S. invasion of Vietnam was one of the Left’s greatest triumphs. The Right has not only not forgotten this but to forestall the Left’s return to any degree of power in the public sphere has created “think tanks” like CATO and “The American Enterprise Institute” and has made sure that anyone related to “left of center” positions get next to zero television time.

In another approach, in the 1990s, he poured millions into what critics called a moral crusade against Mr. Clinton and his wife, Hillary Rodham Clinton, financing investigations by publications, notably the conservative American Spectator and his own Pittsburgh Tribune-Review, that were aimed at discrediting the Clintons.
They accused the Clintons of fraud in the Whitewater case, a failed real estate venture in the 1970s and ’80s, when Mr. Clinton was governor of Arkansas, and Mr. Clinton of sexual misconduct in liaisons with Paula Jones in Little Rock and Monica Lewinsky in the White House. 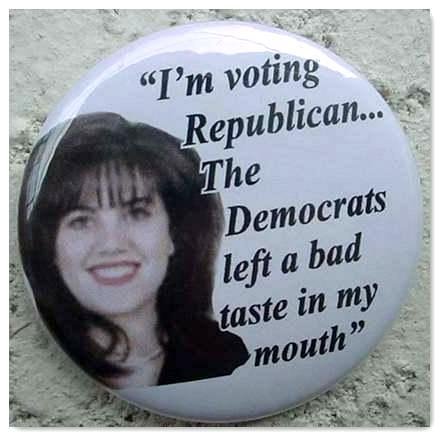 They also charged that Vincent W. Foster Jr., a White House counsel and former law partner of Mrs. Clinton, had been murdered in 1993 in a Whitewater cover-up. Several investigations found that Mr. Foster had committed suicide.

The accusations, which prompted Mrs. Clinton to say on national television that her husband was the target of a “vast right-wing conspiracy,” troubled the administration for most of its tenure. They led to the convictions of 15 people in criminal cases, the appointment of a special prosecutor and the president’s impeachment by the House on perjury and obstruction of justice charges and his acquittal by the Senate, both by largely partisan votes.
During the Whitewater hearings in 1998, it was disclosed that the special prosecutor, Kenneth W. Starr, had accepted a job as dean of the public policy school at Pepperdine University in Malibu, Calif. He reversed his decision after the Justice Department said it might be a conflict of interest because Mr. Scaife was a Pepperdine regent and a major donor to the university and its public policy chairman. 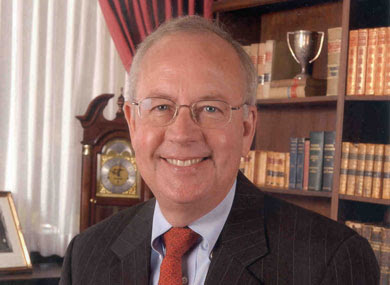 Can we say “Quid Pro Quo” boys and girls?

In 2008, Mrs. Clinton, then a Democratic senator from New York running for president, met Mr. Scaife and editors and reporters of The Pittsburgh Tribune-Review for an interview. The newspaper endorsed her, and Mr. Scaife, in a commentary, said: “I have a very different impression of Hillary Clinton today. And it’s a very favorable one indeed.”

No surprise. “Whitewater” had served its purpose and as we all know HRC is in no way shape or form a Liberal.

Richard Mellon Scaife was born in Pittsburgh on July 3, 1932, one of two children of Alan Magee Scaife and Sarah Cordelia Mellon Scaife. His father was the scion of a Pittsburgh steel family, and his mother was the daughter of Richard B. Mellon, who made fortunes in banking and oil, and a niece of Andrew W. Mellon, the Treasury secretary in the Harding, Coolidge and Hoover administrations.

Richard, known as Dickie, and his sister, Cordelia, grew up on the family estate, Penguin Court, in Ligonier, Pa. He suffered a fractured skull in a horse-riding accident when he was 9, and spent a year in bed, mostly reading newspapers. Congressmen and senators were frequent guests in his home, and he developed an early interest in politics.
He graduated from Deerfield Academy in Massachusetts. But at Yale he was suspended for drunken pranks, then expelled in his first year. He later attended the University of Pittsburgh, where his father was chairman of the trustees, and in 1957 graduated with a degree in English.
In 1956, he married Frances L. Gilmore. They had two children, Jennie and David, and were divorced in 1991. Later that year, he married his longtime companion, Margaret Ritchie Battle. They were separated in 2005 under a settlement that awarded her $725,000 a month from her husband’s fortune, then estimated at $1.4 billion. They divorced in 2012.
Survivors include his daughter and son and two grandchildren.
After his father died in 1958, Mr. Scaife took his seats on corporate boards, but was given little to do in the family business, which was controlled by his uncle, R. K. Mellon. His mother, who backed medical and environmental causes, family planning and charities for the poor and disabled, encouraged his interest in philanthropy. He distributed money through the Sarah Scaife, Carthage and Allegheny Foundations.
In the 1970s, Mr. Scaife bought several newspapers, including The Tribune-Review in Greensburg, Pa., southeast of Pittsburgh. He spent lavishly to turn it into a metropolitan newspaper marketed as The Pittsburgh Tribune-Review. The Pittsburgh Post-Gazette remained the city’s dominant newspaper, but Mr. Scaife cared primarily about winning readers over to his conservative views.