Separated at Birth? This bitch would like to think so

(“Sierra Mannie is a rising senior majoring in Classics and English at the University of Mississippi. She is a regular contributor to the Opinion section of the school’s student newspaper, The Daily Mississippian, where this article originally appeared.”)

You are not a black woman, and you do not get to claim either blackness or womanhood. There is a clear line between appreciation and appropriation

I need some of you to cut it the hell out. Maybe, for some of you, it’s a presumed mutual appreciation for Beyoncé and weaves that has you thinking that I’m going to be amused by you approaching me in your best “Shanequa from around the way” voice. I don’t know. What I do know is that I don’t care how well you can quote Madea, who told you that your booty was getting bigger than hers, how cute you think it is to call yourself a strong black woman, who taught you to twerk, how funny you think it is to call yourself Quita or Keisha or for which black male you’ve been bottoming — you are not a black woman, and you do not get to claim either blackness or womanhood. It is not yours. It is not for you.

Let me explain. Black people can’t have anything.

Oh really. All the years African-American fought to defeat Jim Crow and make you university education possible is “nothing”? What kind of an ungrateful bitch are you anyway?
The usual kind. Middle-class, pampered, imagining the slightest slight reduces you to the level of

Any of these things include, but aren’t limited to: a general sense of physical safety, comfort with law enforcement, adequate funding and appreciation for black spaces like schools and neighborhoods, appropriate venues for our voices to be heard about criticism of issues without our race going on trial because of it, and solid voting rights (cc: Chris McDaniel).

Check physical safety, comfort with law enforcement, adequate funding and appreciation for spaces like schools and neighborhoods, appropriate venues for our voices to be heard about criticism of issues without our gayness going on trial because of it, bitch.

And then, when you thought this pillaging couldn’t get any worse, extracurricular black activities get snatched up, too: our music, our dances, our slang, our clothing, our hairstyles. All of these things are rounded up, whitewashed and repackaged for your consumption. But here’s the shade —

I don’t want to hear ONE WORD about Shade out of you, Miss Thing! You are SO LOW the roaches can’t find you.

the non-black people who get to enjoy all of the fun things about blackness will never have to experience the ugliness of the black experience, systemic racism and the dangers of simply living while black. Though I suppose there’s some thrill in this “rolling with the homies” philosophy some adopt, white people are not racially oppressed in the United States of America.

And black straights like you are part and parcel of the oppression of black gay people.

The truth is that America is a country that operates on systems of racism in which we all participate, whether consciously or unconsciously, to our benefit or to our detriment, and that system allows white people to succeed. This system also creates barriers so that minorities, such as black people, have a much harder time being able to do things like vote and get houses and not have to deal with racists and stuff. You know. Casual.

As in “Casual Wear.”

But while you’re gasping at the heat and the steam of the strong truth tea I just spilled,

“Truth Tea”? More like Chamomile Oh honey you are SUCH a mess. And not a hot one either.

what’s even worse about all of this, if you thought things could get even crappier, is the fact that all of this is exponentially worse for black women. A culture of racism is bad enough, but pairing it with patriarchal structures that intend to undermine women’s advancement is like double-fisting bleach and acid rain. At the end of the day, if you are a white male, gay or not, you retain so much privilege. What is extremely unfairly denied you because of your sexuality could float back to you, if no one knew that you preferred the romantic and sexual company of men over women. (You know what I’m talking about. Those “anonymous” torsos on Grindr, Jack’d and Adam4Adam, show very familiar heterosexual faces to the public.) The difference is that the black women with whom you think you align so well, whose language you use and stereotypical mannerisms you adopt, cannot hide their blackness and womanhood to protect themselves the way that you can hide your homosexuality. We have no place to hide, or means to do it even if we desired them.

And what about black gay males, dear? What about Billy Strayhorn –

whose work was apropriated by Duke Ellington? 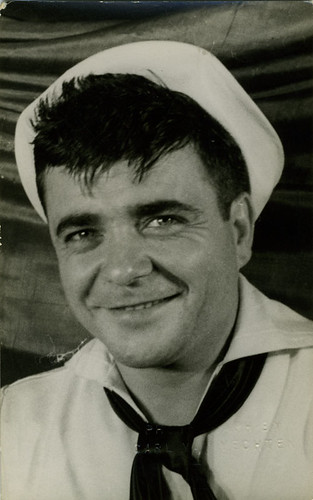 In all of the ways that your gender and race give you so much, in those exact same ways, our gender and race work against our prosperity. To claim that you’re a minority woman just for the sake of laughs, and to say that the things allowed her or the things enjoyed by her are done better by you isn’t cute or funny. First of all, it’s aggravating as hell. Second, it’s damaging and perpetuating of yet another set of aggressions against us.
(Get the Pity-Party started!)
All of this being said, you should not have to stop liking the things you like. This is not an attempt to try to suck the fun out of your life.

(Thanks a bunch, bitch. And where would black female chantooties from Diana to Beyonce be without their gay audience? Get real!)

Appreciating a culture and appropriating one are very, very different things, with a much thicker line than some people think, if you use all of the three seconds it takes to be considerate before you open your mouth. If you love some of the same things that some black women love, by all means, you and your black girlfriends go ahead and rock the hell out.

Oh thanks everso for giving us permission to have fun.

Regardless of what our privileges and lack of privileges are, regardless of the laws and rhetoric that have attempted to divide us, we are equal, even though we aren’t the same, and that is okay. Claiming our identity for what’s sweet without ever having to taste its sour is not. Breathing fire behind ugly stereotypes that reduce black females to loud caricatures for you to emulate isn’t, either.

You’re ever so skilled at creating loud caricatures of gayness

So, you aren’t a strong black woman, or a ghetto girl, or any of that other foolery that some of you with trash Vine accounts try to be. It’s okay. You don’t have to be. No one asked you to be. You weren’t ever meant to be. What you can be, however, is part of the solution.
Check your privilege. Try to strengthen the people around you.

And You check this!