All presidents disappoint. It comes with the job, the unreasonable expectations Americans have for their presidents, and the inherent conflict and disconnect between campaigning (promising people all they can have) and governing (explaining to people why they won’t get it).
So Barack Obama isn’t the first president to fail to meet expectations — and he won’t be the last. But he has come to embody something else, too: the risks and travails of reaching for greatness in the presidency without the crisis, character and capacity necessary to achieve it.

HE’S BLACK! Therefore he suffers from an innate “character deficiency” unlike such sterling characters as “Now, there are some who question the scale of our ambitions, who suggest that our system cannot tolerate too many big plans,” the new president declared in his 2009 inaugural address to a 1.8 million-strong crowd on the Mall. “. . . What the cynics fail to understand is that the ground has shifted beneath them, that the stale political arguments that have consumed us for so long no longer apply.”
From pledging an Earth-moving transformation, Obama has been reduced to hitting singles and getting his lonely paragraph right . After drawing early comparisons to Abraham Lincoln, Franklin Roosevelt and John F. Kennedy all rolled into one, Obama has fallen so low that journalists wonder whether Jimmy Carter is not a more appropriate parallel.

Not at all a bad President. But loathed and despised by the “Mainstream Media” almost as much as President Obama is today. After all the “Iran Hostage Crisis” happened on his watch and was “solved” by President Regan trading said hostages for arms for our CIA-trained “Contras” — an utterly illegal operation the “MM” gave him a complete pass on.

Plenty of explanations have been offered: Republicans have been unwilling to work with him, or the president hasn’t reached out to them.

The former not the latter. From the start the Republicans pledged to ruin Obama’s presidency and not co-operate with him on anything– even policies which that had approved of before he took office.
Naturally our “free” (ie. bought-and-paid-for-corporate-lackey) press pretends otherwise.

The stimulus was too small, or it was far too big. Health-care reform was a historic achievement, or it was a terrible overreach. The president has tried to be too bipartisan, even post-partisan, or he has not been partisan enough.

Time is needed to judge the Obama presidency on its merits and in comparison to other occupants of the Oval Office. Some, like Paul Krugman, have already concluded that Obama is already “one of the most consequential and, yes, successful presidents in American history.”

But however historians and the public ultimately rate Obama, the greatness that he sought — and that was expected of him — will probably not be his. As early as 2011, in an extraordinary comment to “60 Minutes,” Obama believed otherwise: “I would put our legislative and foreign policy accomplishments in our first two years against any president — with the possible exceptions of Johnson, FDR and Lincoln — just in terms of what we’ve gotten done in modern history.”
He has certainly not been a failed president. But neither is Obama likely to be judged a great or iconic one. Unlike FDR, JFK or even LBJ, there will not be a BHO.

Not if you can help it.

Certainly, Obama inherited a unique set of circumstances, as all presidents do, and his were scarier than most. But neither the crises he has faced nor the system in which he has operated have been wholly untethered from his predecessors’ problems and experiences. The challenges of the post-FDR presidency have plagued Obama, too: intractable problems, intensifying political polarization, mistrust of government, an intrusive and ubiquitous news media. This president’s fate has been the same as that of many recent predecessors — the job is just too big and expectations just too high.

“for a nigger to navigate”

The undeniable greatness of presidents such as George Washington, Lincoln and Roosevelt requires three elements: a crisis that severely threatens the nation for a sustained period, setting the stage for historic change; the capacity to extract from such a crisis some long-term transformative changes through political smarts, persuasion and dealmaking with Congress; and the character needed for effective leadership.

You can’t make deals with people who have in no uncertain terms categorically refused to do so. And what’s with George Washington?

Obama’s crisis — a complex recession emerging from the financial and housing sectors — was sufficiently severe that he could not break it easily or quickly, but not so catastrophically encumbering that it enabled him to tame the politics in Washington as Lincoln or FDR had done. Indeed, it is only a nation-encumbering crisis, hot and relentless, that opens the door to undeniable presidential greatness. “If Lincoln had lived in a time of peace,” Theodore Roosevelt once remarked, “no one would have known his name.”

As for Obama’s governing capacity, the president did not so much miss his FDR/LBJ moment as misread it. Most of the public wanted a way out of the terrible recession and the long and costly wars in Afghanistan and Iraq; Americans also hoped for renewed confidence in their president and faith in their government’s competence. But the public didn’t seek a reformulation of the social contract. And Obama has had neither the partisan dominance that comes with huge congressional majorities, like those enjoyed by FDR and LBJ, nor the working bipartisanship with the Republicans to bring it about. The Affordable Care Act of 2010, his signature legislative achievement, will be Obama’s legacy, and in the years to come it may be seen as a moral and economic victory. But there are simply too many complexities and and uncertainties to call it transformative now.

“Complexities” being the 54 times the Republicans have tried to repeal it. And they’re STILL trying.

Finally, on character, Obama has had a Jekyll and Hyde problem. 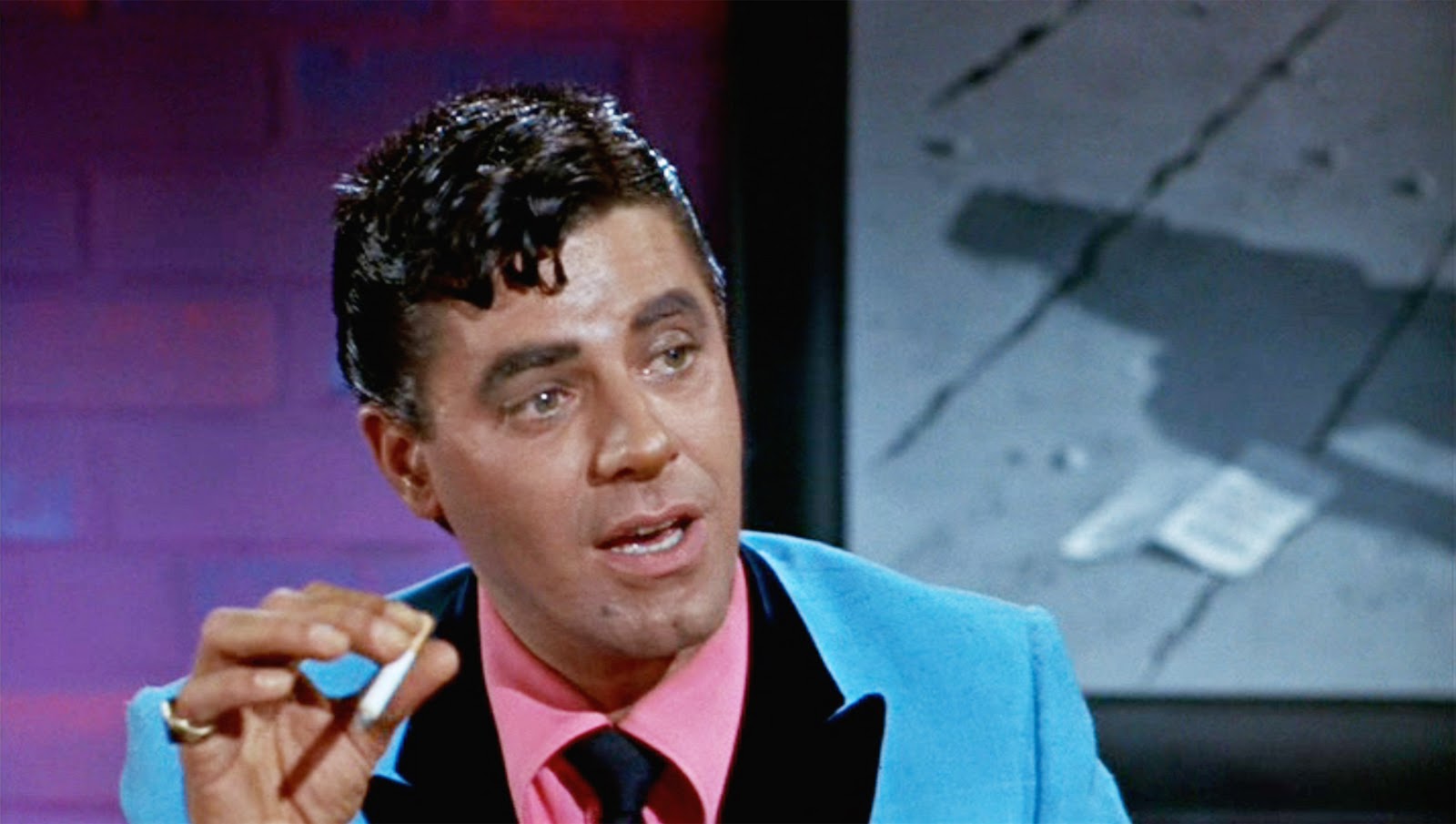 Part pragmatist, part believer, but always capable of seeing all sides of an argument, the president has seemed too often at war with himself on how ambitious he wants to be, whether on climate change, tax reform or the size of the stimulus. And that personal conflict has made it too hard for him to make peace with his public. By nature, Obama is not a partisan, a populist or a revolutionary. Instead, he finds his comfort zone in conciliation and accommodation, and in the empirical world of rational policy analysis. Those can be useful qualities in many circumstances, but they won’t make you a transformative president.

Here’s the Barack Obama you want!

Obama cannot claim the persona of Kennedy, who captured the nation’s imagination; nor the mantle of Ronald Reagan, who as Obama himself has admitted , changed the trajectory of the of the country.

Obama more likely has been closest to Bill Clinton, a comparison that historian David Greenberg took note of a year into his presidency. Both men were elected with similar numbers in the electoral college, though not in the popular vote. Both faced strong opposition from Republicans who imagined the president to be far more radical than he was, and both concentrated on the economy. In one respect, Obama has been Clinton Plus — he has succeeded in health care and avoided personal scandal. But in another way, he has been Clinton Minus — he is not nearly as likable or as good a politician. Nor is he likely to leave office with as high an approval rating or as strong an economy.

Obama certainly wants to do big things; behind his detached demeanor is the combustible drive of a man who seeks greatness. That is no transgression: He saw a nation in great peril and has sought to transform it, while battling the nastiest economic crisis since the 1930s and waging wars in Iraq, in Afghanistan and against terrorism.

But that kind of ambition requires a leader to see the world clearly as it is before trying to refashion it the way he wants it to be. Not reading the terrain accurately, failing to assess whether his administration had the muscle to negotiate it, and missing what the public expected and wanted can lead to unhappy consequences

Whatever your judgment of Obama’s policies, there is a vast gap between the expectations he set for himself and his supporters and the realities of his presidency. Obama reached for greatness but has disappointed many of those who voted for him once or even twice because they so badly wanted to believe; those who thought he would end partisanship and change Washington when he could not; those who believed he could transform the country and America’s foreign policy, too, when he did not; and those who believed he would somehow become the Kennedy-like president of their dreams.

Maybe if he’s assassinated he’ll become Kennedy-like for you.

During Obama’s first term, the New York Times’ David Brooks wrote that to be an Obama supporter was “to toggle from being uplifted to feeling used.” And indeed, his supporters have misread him: a gradualist who has espoused major transformation; a post-partisan conciliator operating in an intensely partisan environment in which he has never been comfortable.

David Brooks is just so smart about these things, isn’t he?

Ultimately, Obama could not be the savior his supporters hoped he would be. “I am like a Rorschach test,” he said during the 2008 campaign. “Even if people find me disappointing ultimately, they might gain something.” That may be true. And being a Rorschach president can get you reelected and can gain you some notable accomplishments as well. But it cannot earn you the stamp of presidential greatness. In Obama’s case, the times, his capacity, his character and the public’s expectations would not allow it. Aaron David Miller is a distinguished scholar at the Woodrow Wilson International Center for Scholars and a former adviser to several secretaries of state. He is the author of “The End of Greatness: Why America Can’t Have (and Doesn’t Want) Another Great President” (Palgrave MacMillan), from which this essay is adapted.

You mean there’s a whole book of this shit?