The Saddest Meat Puppet in the World Well I don’t know about the beer, Isabelle, but Chuckles 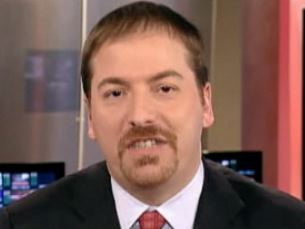 is REALLY One Sad Sack of Shit.

Salon: “The Washington Post said the book is “all microscope and zero telescope” in your focus on individual White House decisions. Do you think you could have connected the dots better, or is the Post missing the point of the book?”

Chuckles: “I wrote a book about Obama in Washington — his battle to change Washington. It’s going to be insular. That’s the nature of it.”

Salon: “Do you see Obama writing a Churchill-style multi-volume history of his White House years? Do you see him spending years bolstering his presidency, or will he move on to other things?”

Chuckles:”I think he likes writing and will look for opportunities to do that. I don’t expect him to write multiple books that are attempts to defend his legacy. If he writes multiple books, they’ll be more in the Nixon style — different topics where he has some expertise. I wouldn’t be surprised if he became a columnist somewhere.”

Chuckles”I wouldn’t be surprised if he found a place where he could write a monthly column. Who was the last president to do that — ”

Chuckles: “I’ll put it this way: If he chose another career, I think he would be a David Brooks.” Right now, as Walter Russell Mead of Bard College put it, there are large populations across the Middle East who feel intense rage and comprehensive dissatisfaction with the status quo but who have no practical idea how to make things better…
It’s not that Egypt doesn’t have a recipe for a democratic transition. It seems to lack even the basic mental ingredients.

Oh they’ve got the “ingredients” alright. Don’t they Steve ?