As for “The Interview,” threats from North Korea are unlikely to prevent its viewing, and the worldwide publicity might even increase its potential audience. The scene of the movie that shows the assassination of Mr. Kim’s character is already available online.

Surely The George is not in dispute

DEADLINE: I’ve been chasing the story of the petition you were circulating for a week now. Where is it, and how were these terrorists able to isolate Sony from the herd and make them so vulnerable?
CLOONEY: Here’s the brilliant thing they did. You embarrass them first, so that no one gets on your side. After the Obama joke, no one was going to get on the side of Amy, and so suddenly, everyone ran for the hills. Look, I can’t make an excuse for that joke, it is what it is, a terrible mistake. Having said that, it was used as a weapon of fear, not only for everyone to disassociate themselves from Amy but also to feel the fear themselves. They know what they themselves have written in their emails, and they’re afraid.

“Would he like to finance some movies,” Rudin wrote. Pascal wrote back, “I doubt it. Should I ask him if he liked DJANGO?” Rudin responded with “12 YEARS,” to which Pascal responded by naming other films starring African-Americans: “Or the butler. Or think like a man? [sic].”
Gawker published other emails between Pascal and Rudin on Tuesday. The exchange detailed the backstage fight over the studio’s Steve Jobs biopic. Rudin broke his silence on the emails Wednesday.
“This is not about salacious emails being batted around by Gawker and Defamer,” Rudin told The New York Times. “It’s about a criminal act, and the people behind it should be treated as nothing more nor less than criminals.”
Pascal is a loyal Democratic donor and gave $5,000 to Obama’s reelection campaign. Sony did not immediately respond to a request for comment.

a fortiori Pascal personally apologized to Al Sharpton, thus fulfilling his dream of being Head Nigger in Charge

DEADLINE: What happened when you sent the petition, and who did you ask to sign it?
CLOONEY: It was a large number of people. It was sent to basically the heads of every place. They told Bryan Lourd, “I can’t sign this.” What? How can you not sign this? I’m not going to name anyone, that’s not what I’m here to do, but nobody signed the letter, which I’ll read to you right now.

“On November 24 of this year, Sony Pictures was notified that it was the victim of a cyber attack, the effects of which is the most chilling and devastating of any cyber attack in the history of our country. Personal information including Social Security numbers, email addresses, home addresses, phone numbers and the full texts of emails of tens of thousands of Sony employees was leaked online in an effort to scare and terrorize these workers. The hackers have made both demands and threats. The demand that Sony halt the release of its upcoming comedy The Interview, a satirical film about North Korean dictator Kim Jong Un. Their threats vary from personal—you better behave wisely—to threatening physical harm—not only you but your family is in danger. North Korea has not claimed credit for the attack but has praised the act, calling it a righteous deed and promising merciless measures if the film is released. Meanwhile the hackers insist in their statement that what they’ve done so far is only a small part of our further plan. This is not just an attack on Sony. It involves every studio, every network, every business and every individual in this country. That is why we fully support Sony’s decision not to submit to these hackers’ demands. We know that to give in to these criminals now will open the door for any group that would threaten freedom of expression, privacy and personal liberty. We hope these hackers are brought to justice but until they are, we will not stand in fear. We will stand together.”

DEADLINE: That doesn’t sound like a hard paper to sign.
CLOONEY: All that it is basically saying is, we’re not going to give in to a ransom. As we watched one group be completely vilified, nobody stood up. Nobody took that stand. Now, I say this is a situation we are going to have to come to terms with, a new paradigm and a new way of handling our business. Because this could happen to an electric company, a car company, a newsroom. It could happen to anybody.

And that’s because the internet is more porous than cheesecloth — as Edward Snowjob has so pompously demonstrated.

DEADLINE: You mentioned Team America. Some theaters wanted to show it on Christmas after The Interview was pulled as a show of defiance and Paramount pulled it back. They too are afraid of being in the hacker cross hairs.
CLOONEY: Everybody is looking at this from self interest and they are right in this sense. I’m a movie theater and I say, “OK, there’s been a threat. Not really a credible threat, but there’s a threat, and my lawyers call and tell me, “Well, you run the movie and you could be liable.” And all the other movies around it are going to have their business hurt. I understand that, and it makes complete sense. But that’s where we really need to figure what the real response should be. I don’t know what that is yet. We should be talking about that and not pointing fingers at people right now. Right now, it’s not just our community but a lot of communities. We need to figure out, what are we going to do now — when we know the cyberattacks are real, and they’re state-sponsored.

By one of the poorest states on the planet.

DEADLINE: Knowing what we do now, what does the government owe Sony?
CLOONEY: I’ve seen statements they’ve put out and what the president said and what the response is. The truth is, it’s all new territory and nobody knows how to handle it. I don’t think anyone was prepared for it. So now we’ll be prepared for it, hopefully. Everybody was doing their jobs, but somehow, we have allowed North Korea to dictate content, and that is just insane. 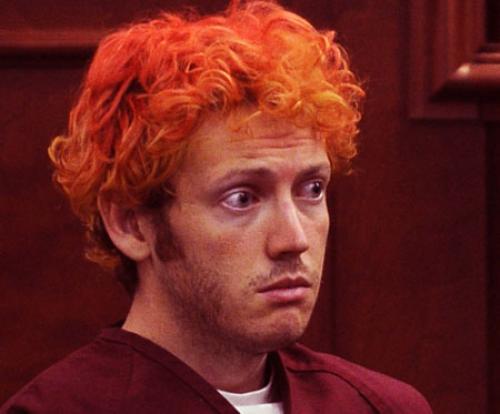 In the aftermath of the shooting, several legal experts said that it would be extremely difficult for victims and their families to pursue claims for civil liability against the theater or others.
Three victims sued Cinemark in the U.S. District Court for the District of Colorado on September 21, 2012 for the company’s alleged negligence in failing to provide adequate safety and security measures. Their attorneys released the statement “Readily available security procedures, security equipment and security personnel would likely have prevented or deterred the gunman from accomplishing his planned assault on the theater’s patrons.” In response, Cinemark’s representation filed a motion to dismiss on September 27, 2012 on the grounds that there was no liability under Colorado law for failure to prevent an unforeseeable criminal act. Cinemark’s motion quoted extensively from the landmark California appellate opinion that held McDonald’s had no duty of care to prevent the 1984 San Ysidro McDonald’s massacre. On October 30, 2012, the court hearing the criminal case against Holmes denied a motion by some of the survivors that would have let them access sealed evidence for review in their civil action against the theater chain. On January 24, 2013, a federal magistrate judge issued a recommendation that most of the claims be thrown out, as they were not allowable under Colorado law, although he also said that claims alleging violations of the Colorado Premises Liability Act could proceed.
On January 14, 2013, Chantel Blunk, widow of victim Jonathan Blunk, filed a lawsuit against the University of Colorado in federal court. She alleged that a school psychiatrist could have prevented the slaughter by having Holmes detained after he admitted he “fantasized about killing a lot of people.” This type of lawsuit had been anticipated in an August 2012 article co-authored by bioethicist Arthur Caplan which discussed the applicability of the landmark California Supreme Court decision in Tarasoff v. Regents of the University of California (1976) to the facts of the Aurora shooting.

That’s the bottom Line, folks. A victim victory against the theaters is waiting in the wings. So take it away Nathan!