WASHINGTON (AP) — In a rare public admission of error, the White House said Monday the U.S. should have sent a high-level official to an anti-terror march in Paris that was attended by more than 40 world leaders. 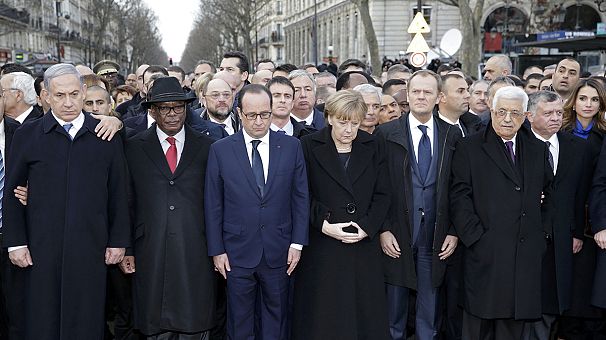 The Obama administration was represented Sunday by the U.S. ambassador to France, though Attorney General Eric Holder was in Paris for security meetings.
“It’s fair to say we should have sent someone with a higher profile,” White House spokesman Josh Earnest said. Secretary of State John Kerry was on a long-planned trip to India on Sunday but now will visit France later this week.
The White House appeared to have been caught off guard by both the display of international unity at the Paris march and the criticism of its decision to be represented only by Ambassador Jane Hartley. Monday’s admission of error seemed aimed at blunting criticism that the decision was tone deaf or disrespectful of the long U.S. alliance with France, a country set on edge by three days of terror that resulted in 17 deaths.
While some of the sharpest criticism of the failure to send a high-level official came from Republicans, some officials within the administration were also frustrated with the decision to send only the ambassador. The move also underscored the degree to which President Barack Obama’s team has sometimes struggled with the optics of his being commander in chief. 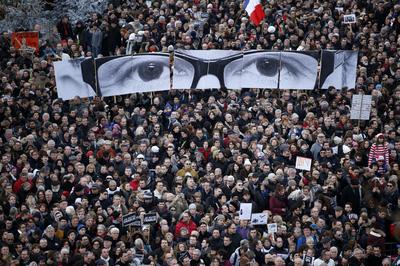 “Part of this job is the theater of it,” Obama said last summer amid criticism that he had gone golfing just minutes after speaking about the beheading of an American journalist in Syria. “It’s not something that comes naturally to me. But it matters. And I’m mindful of that.”
Earnest suggested the elaborate security apparatus required for presidential travel prohibited Obama, as well as Vice President Joe Biden, from traveling to Paris on relatively short notice.
“There’s no doubt that had the president or vice president, on this very short time frame, gone to participate in this event that took place outdoors with more than a million people in attendance, that it would have significantly impacted the ability of those who attended the march to participate in the way they did yesterday,” Earnest said.

Planning for presidential travel overseas often begins months in advance, and security personnel typically arrive days ahead of Obama. However, trips are occasionally pulled together more quickly, including last year when Obama traveled to South Africa for a memorial service following the death of Nelson Mandela. Vice presidents can also typically travel with a lighter security footprint.

For anyone with any knowledge of post-war French history the Charlie Hebdo massacre is not a discreet event without precedent. “The world is full of deadly danger,” and “it’s your fault — you wanted the sublime.” Right Jacques?