The Oxidation of Emily 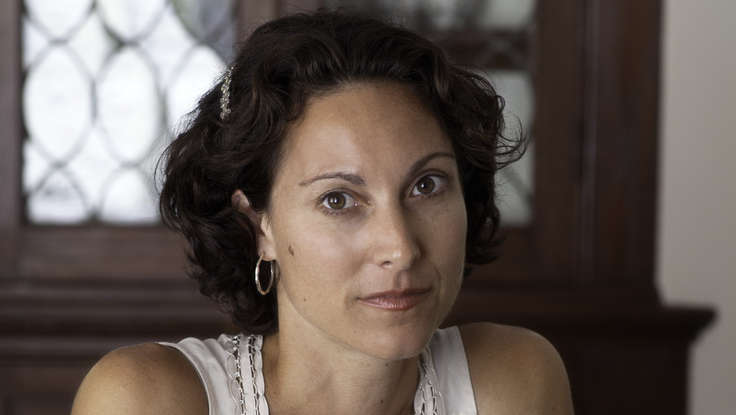 Chief Justice Roy Moore of the Alabama Supreme Court is trying to block same-sex marriage in his state, despite a federal court order allowing it. Moore told “Good Morning America” that he is confident he will “absolutely not” end up on the wrong side of history. The fact that 36 states (apart from Alabama) now allow same-sex marriage, with rising support from the public, suggests he’s probably wrong about that

Probably? Yes, the Heterosexual Dicatorship MUST be catered to at the NYT, even though Abe’s no longer here to be its standard-bearer.

His central legal claim — that same-sex marriage is a states’ rights issue, rather than one that implicates the guarantee of equality in the Constitution — is also a loser.

So why are you carrying water for this loser? Need I ask?

Moore argued that “redefinition of the word marriage is not found within the powers designated to the federal government,” but Congress makes all kinds of rules involving marriage (and pensions and taxes) and the Supreme Court has previously ruled that marriage is a fundamental right.

And because it’s a fundamental right claiming a “redefinition” is involved is simply homophobic blather. Marriage Equality doesn’t “redefine” marriage. It simply extends it to those the government didn’t previously serve.

But Moore’s frustration with the process by which gay marriage has arrived in his state, as opposed to the ultimate outcome, is understandable.

Yes being on the wrong side of history is so frustrating

The process has been peculiar. This is what has been at issue in Alabama since Jan. 23, when District Court Judge Callie V. Granade struck down the state’s ban on gay marriage. District-court rulings, even if they’re about important matters of policy, usually affect only the people involved in the case in question. They don’t typically make law for an entire state; that responsibility falls to a state’s highest court, or a federal appeals court — in this case the U.S. Court of Appeals for the 11th Circuit — or eventually the Supreme Court, which makes law for the country.

So let me get this, uh . . .straight. those who challenged the law are the ONLY ones involved. They’re doing this just for themselves and no one else. Does Emily regard all legal matters in the same way? Does a legal proceeding over robbery or murder deal solely with the individual parties involved and have no bearing on others similarly affected? I suspect NOT.

But in the case of Granade’s ruling on the gay-marriage ban, both the federal appeals court and the Supreme Court have stood aside, leaving Granade in the highly unusual position of remaking law and policy for the entire state of Alabama. Moore is telling state judges not to follow Granade’s order. To contest the statewide application of her ruling is a far more legitimate form of fist-shaking by a state official than contesting an order from a higher federal court would be.

If you don’t care much about process, then you probably don’t care that Moore has a point.

If you don’t care about LGBT rights — as you obviously don’t — then Moore is worth discussing.

But the objections Moore is raising are shared on the United States Supreme Court by Clarence Thomas and Antonin Scalia — and not only because the two conservatives have opposed same-sex marriage; they are fighting over a change in the definition of marriage, yes, but also over how that change is being made.

A distinction without distinction. Thomas and Scalia are Major ‘Phobes and will do ANYTHING to oppose the LGBT in any way shape or form. That you cite them tells us everything we need to know about you, dear.

Roy Moore is right that on its face, Granade’s order doesn’t require state probate judges all over Alabama — who weren’t named in the case Granade heard — to issue marriage licenses. Granade merely instructed Alabama’s attorney general not to enforce the state’s same-sex-marriage ban.

(Sorry to enter Fugue State but that’s what Emily and her ilk requite ) So let me get this, uh . . .straight. those who challenged the law are the ONLY ones involved. They’re doing this just for themselves and no one else. Does Emily regard all legal matters in the same way? Does a legal proceeding over robbery or murder deal solely with the individual parties involved and have no bearing on others similarly affected? I suspect NOT.

That means a probate judge could go along with her decision, as some have, (and as clerks of the court did in Florida, after a similar district-court decision there went into effect in January). But they don’t necessarily have to. “If the 11th Circuit had invalidated Alabama’s gay-marriage ban, all the state-court judges would know what to do,” the Florida International University law professor Howard Wasserman, who has written about the Alabama dust-up, told me. “But the district court’s authority is much more limited.”

And the more “limited” the better — right Auntie ‘Em?

This fight over same-sex marriage and its process started in December 2013 in Utah, where, as in Alabama, a federal district judge invalidated the state’s ban on gay marriage, arguing that Utah’s laws “demean the dignity of these same-sex couples for no rational reason.” The order took effect right away, the state of Utah didn’t appeal immediately, and as the fight moved into the appeals courts, 1,300 couples married over the course of three weeks.

which is what really matters. But not of course to Bazelon and her butt-buddy Moore.

In January, the Supreme Court stepped in and stayed the district court’s order while the Tenth Circuit — another federal appeals court, with jurisdiction in Utah — moved to hear Utah’s appeal quickly. The state, meanwhile, said it would not recognize the marriages that were performed in the intervening weeks of legal uncertainty. The whole episode was messy, and it made sense, as a matter of process, for the Supreme Court to step in.

It’s more than “a matter of process” dear. it was a matter of law. I know you’re upset about how “messy” LGBT rights can be but that’s the way things work out here in the real world you so rigorously ignore.

Since then, district-court orders striking down state bans on gay marriage have proliferated across the land. In some states, like Pennsylvania, the governor decided not to appeal, and gay marriage became legal more or less by default. In other states, like Wisconsin, an appeals court (in this case, the Seventh Circuit) stopped a district-court order from going into effect and then issued its own decision making gay marriage legal. This is a more orderly process.

Now be orderly, children. And if you’re good you’ll get ice cream

In fact, the Seventh Circuit stayed its own order pending Supreme Court review; only after the Supreme Court turned down an appeal in Wisconsin did marriage licenses start getting issued there in October. That meant there was no question about their legal validity. The same was true in states where gay marriage arrived via legislation, voter referendum, a federal appeals court or a state supreme court ruling based on the state constitution. In all those scenarios, no question lingers about what the law is or who is in charge.

Nope. No question. We’re winning. And there’s no question that you don’t like it.

Alabama’s situation is different. Granade struck down the state’s ban on gay marriage on Jan. 23 with a 14-day stay, to allow the state time to appeal. The 11th Circuit refused to step in and stop her order from going into effect.
“Maybe the 11th Circuit said, We might as well let marriage go through because we all know that’s how this will come out in the end,” Wasserman said. After all, the Supreme Court let many other judges legalize gay marriage without intervening, and then in January agreed to hear an appeal from the sole federal appeals court that has upheld gay marriage bans. The 11th Circuit could be forgiven for assuming that most of the justices aren’t with Roy Moore on the merits here.

The problem is that this kind of anticipatory thinking practically invites the kind of chaos we’ve seen this week.

The sole sign of “chaos” has been Roy Moore’s hissy-fit.

Because this time, unlike in Utah, the Supreme Court refused to stay the district court’s order too. Scotusblog’s Lyle Denniston points out that the Supreme Court justices may see themselves as deferring to the 11th Circuit, as well as vice versa. But the result is that gay marriage is becoming more and more entrenched before the Supreme Court rules on it.

The court is creating, or allowing lower courts to create, facts on the ground that favor one side in the gay-marriage case it has agreed to hear.

There’s no constitutional rule that requires the Supreme Court to go along with the rising number of states that have legalized same-sex marriage. But the momentum starts to seem inexorable. And to the extent the Supreme Court is encouraging this, it’s not really a good thing, because courts aren’t supposed to tip their hands in advance of ruling. The definition of justice, after all, includes giving the parties a fair and open-minded hearing.

And no one is more fair and open-minded than Ray Moore.

If nothing else, this hands-off approach is “indecorous,” as Thomas said this week in a dissent, joined by Scalia, disagreeing with their colleagues’ decision not to stop the Alabama ruling from taking effect.

“The Court looks the other way as yet another Federal District Judge casts aside state laws without making any effort to preserve the status quo.” The two justices have gotten lots of attention for pointing out that the Supreme Court’s decision not to issue a stay in Alabama “may well be seen as a signal” of its plans to legalize gay marriage by the end of the term.

Wasserman couldn’t think of a precise historical parallel to the weird stand-off in Alabama, and neither can I. But it’s not fair to say that Roy Moore is acting like George Wallace. When Alabama’s segregationist governor blocked the entrance of the University of Alabama in 1963, in defiance of court-ordered integration, he was standing in the way of the Supreme Court and its desegregation ruling in Brown v. Board of Education nine years earlier — as well as a federal injunction ordering the university to admit two black students. In that case, the Supreme Court absolutely had the power to tell Alabama what to do, because it is the Supreme Court. But Judge Granade is not. And so far, at least, her order doesn’t even clearly apply to all of Alabama’s (understandably confused) probate judges. If that changes — a hearing has been set to sort this out — then they’ll know for sure it’s time to start signing marriage licenses.

Yes we can’t compare homophobia to racism now can we? That would be “indecorous.”

In the meantime, you might even argue that Moore has done the country a favor, by making us think about the various methods for changing the law, and which are better — or at least more orderly — than others.

Emily you could do us all a favor by joining your former colleague Judy Miller at FAUX “News” I’m sure they would be happy to have you. Call them up anytime, dear. Rust Never Sleeps.

Tony Bennett and the great Johnny Mandel will sing and play us out.