Have the Republicans ressorted to cannibalism?

GOP State Senator Thomas Corbin [see above] reportedly attempted to bond with his female colleague—his only female colleague—by telling her that women are intrinsically, biblically inferior, or, as he put it, “a lesser cut of meat.” Just a little light joshing, you see. 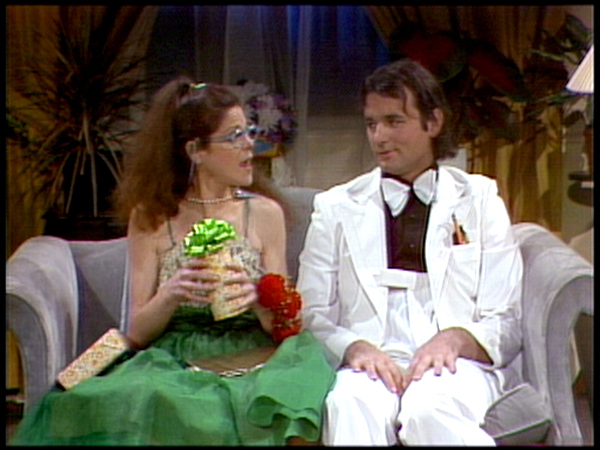 “So funny I forgot to laugh”

The Libertarian blog Fits News is alleging that Corbin made the remarks at a legislative dinner held at a steakhouse in Columbia, South Carolina. He directed them at State Senator Katrina Shealey, also a Republican and the sole female member in the State Senate, with whom Fits reports he has a long-running, low-boil enmity that occasionally bubbles over into some real unstatesmanlike behavior. From Fits, which claims the following conversation was confirmed by “multiple witnesses:”
“I see it only took me two years to get you wearing shoes,” Corbin told Shealy, who was elected in 2012 as a petition candidate.

By way of explanation, lawmakers and legislative staffers have previously told FITS about statements made by Corbin – statements reflecting his belief that women do not belong in the S.C. General Assembly and should instead be “at home baking cookies” or “barefoot and pregnant.”

“He makes comments like that all the time to everybody – including Senator Shealy,” one Senate staffer told FITS.
Corbin’s latest comments took his sexism to a whole new level, though.
At one point in the conversation – which quickly escalated into a confrontation – Shealy is said to have angrily asked Corbin where he “got off” attacking women.
His response – overheard by numerous lobbyists and fellow lawmakers – was one for the ages.
“Well, you know God created man first,” Corbin said, reportedly smirking at Shealy. “Then he took the rib out of man to make woman. And you know, a rib is a lesser cut of meat.”

Perchance Mr. Corbin was thinking of the romance of M. Gustave and Madame D. in The Grant Budapest Hotel

When asked what he saw in her sexually M. Gustave replied that as one matures one begins to appreciate “the cheaper cuts.”

That of course is a recent, and quite popular film. I wouldn’t be surprised if Mr. Corbin was a fan of a considerably older one.

which concerned a cult of soignee cannibals with (as the film’s English release title indicate a taste for women. It was co-scripted by Roman Polanski, who as we all know has a taste for women of a somewhat more conventional nature.