Well there’s one big difference between them —

Rep. Aaron Schock, once one of the Republican party’s fastest-rising stars, announced his retirement Tuesday after less than four terms in Congress.
The 33-year-old from Illinois appeared to have it all: a blossoming political career that included first-class trips across the country, celebrity friends like the Pope and Ariana Grande, not to mention the best bod on Capitol Hill—all of which he documented for his 18,300 Instagram followers.
But over the past couple of months, a series inquiries by reporters from Washington to Illinois have suggested Schock may have been misusing taxpayer dollars to fund his glamorous life. Eventually, those inquiries sparked the attention of the Office of Congressional Ethics which, ahead of Schock’s announcement Tuesday, had reportedly started contacting members of his inner circle. In what appears to be a preemptive attempt to avoid a full-blown ethics investigation, Schock decided to step down.
In a statement confirming his resignation, Schock said that “the constant questions over the last six weeks have proven a great distraction that has made it too difficult for me to serve the people of the 18th District with the high standards that they deserve and which I have set for myself. I have always sought to do what’s best for my constituents and I thank them for the opportunity to serve.”
Those “constant questions” all started with a February story on the Washington Post’s website that, at first, seemed like little more than a quirky anecdote. But upon closer inspection, the story raised eyebrows and, as Schock mentioned, real questions. Lots of them.

went to interview Schock at his office last month and found himself surrounded by deep-red walls, gold wall sconces, and pheasant feathers. The ornately decorated room had been based off the set of the popular PBS period drama, “Downton Abbey,” a woman, who turned out to be Schock’s decorator, told Terris.

I don’t recall the Dowager Countess being so taken with peacock feathers.

Terris’ story was funny, and widely shared, but certain aspects created suspicion. Like the fact that Schock’s dapper digs certainly must have far exceeded the House’s basic furniture and paintjob budget for new members. Or why Terris’ interest in the decorations sparked an inter-office crisis, ultimately costing him his interview with the Congressman.
With Schock’s most recent expenditures not yet available to the public, USA Today dug through earlier Congressional expense reports and found, before giving his office the Downton treatment, the Illinois Republican had spent over $100,000 of taxpayer money on previous office renovations that included hardwood floors, granite countertops, and leather furniture.
Politico then decided to take a closer look at Schock’s notoriously extravagant spending habits. For most politicians, the campaign trail is lined with budget hotels (Even President Obama still stays at the Holiday Inn). But Schock prefers to stump in style. He regularly stays at some of the countries most exclusive—not to mention expensive—hotels and, Politico reported, has spent over $90,000 in campaign funds on private flights, usually traveling with a personal photographer in tow.

who always seemed to be In the picture rather than TAKING it.

While not illegal, Politico noted that such exorbitant spending is, at the very least, unusual for a representative of Schock’s level—even if he is one of the Republican party’s top fundraisers. That same report also pointed out that Schock’s outsized fundraising —which his team pointed to in defending his expenses as necessary—had come under scrutiny in the past. In 2012, the Office of Congressional Ethics speculated that Schock had violated campaign finance law by helping a Super PAC raise money beyond the legal limit.

As reporters continued to dig through Schock’s records and receipts, the Congressman proceeded to mount his defense. In late February, Politico reported that Schock had hired two well-known D.C. defense attorneys and a pair of public relations operatives to tackle the onslaught of scrutiny which, by then, had grown to include questions about Schock’s personal Chevy Tahoe, and a 2011 trip to London.
Schock declined to comment on whether he personally covered the cost of the trip. He would not have been required to disclose the excursion if he did pay for it himself. But since, based on the itinerary obtained by Politico, he did not visit London on official government or political business, Schock would have had receive the Ethics Committee’s permission and register the trip as a gift if paid for by someone else.
Schock did not disclose any gifts related to the London trip. However, it was later revealed that he was a guest at a number of lavish dinners, including ones hosted at Windsor Castle and Buckingham Palace.

Amid what had now become a mounting scandal, on February 27 Schock decided to put his trademark fundraising on hiatus. That same day, USA Today reported that, after the Washington Post story about his office, Schock had quietly reimbursed the government $35,000 for his elaborate decor, and paid $5,000 to the decorator, who told the Post she’d offered her services for free.
Less than a week later, Schock wrote another check to the U.S. Treasury, this time for $1,237: reimbursement for a private flight from Peoria, Illinois to Chicago for a Bears game. The check was sent one day after the Chicago Sun-Times published a story about the taxpayer-funded excursion.
Which brings us to this week. Politico reports that on Monday, it reached out to Schock with questions about his mileage reimbursements. The publication had pieced together several public documents suggesting that, between 2010 and 2014, Schock billed the government and campaign for more than twice the amount of miles he actually put on his personal, campaign-funded Chevy Tahoe.

That same day, it was reported that the investigators with the Office of Congressional Ethics had started contacting members of Schock’s inner circle. The OCE does not have the power to subpoena lawmakers, but often conducts initial reviews of potential misconduct and then makes recommendations to the House Ethics Committee, which can formally investigate and penalize Representatives.
The Committee does not, however, investigate and punish former lawmakers, which is what Schock will be as of March 31. He might not want to fire those defense attorneys just yet, though, as his alleged misuse of public funds is still fair game for federal law enforcement.
Once freed from the “constant questions” that have been distracting him, Schock, who has been a politician pretty much since he graduated high school, might want to start looking for a job in the private sector. As a former lawmaker, Schock will still be eligible for taxpayer-funded benefits once he turns 62. But $18,500 per year is not nearly enough to sustain the lavish lifestyle he’s grown accustomed to, plus he has almost 30 years before it kicks in. He’ll still have access to the House gym, though. Only now he’ll have to pay.

And that’s just the money. Wait til the sex tape comes out — cause you just know there is one. 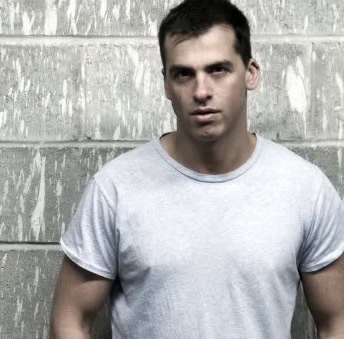 “People always say, no one has the right to out anyone. that coming out is a private matter. i disagree. as you can imagine, not a very popular opinion. but bear with me.
here’s a hypothetical: what if you know a certain GOP congressman, let’s just say from Illinois, is gay… and you know this because one of your friends, a journalist for a reputable network, told you in no uncertain terms that he caught that GOP congressman and his male roommate in the shower… together. now they could have been good friends just trying to conserve water. but there’s more. what if this congressman has also been caught by tmz cameras trolling gay bars. now what if you know that this very same guy, the darling of the gop, has also voted against repeal of don’t ask don’t tell, opposed the repeal of doma, is against gay marriage; and for the federal marriage amendment, which would add language to the us constitution banning gay marriage and would likely strike down every gay rights law and ordinance in the country?

so, forgive me if I don’t subscribe to the notion that you’re not allowed to out anyone… in fact in some cases, i’d celebrate it. but I’m crazy that way.
by the way… not sure why… but had a sudden urge to share this.

Are we still not allowed to out him?

Let me ask another question… doesn’t the media have an OBLIGATION to expose his hypocrisy? if he had done something so hypocritical and he wasn’t gay, wouldn’t we demand journalists do their job? but they can’t… because we won’t let them. you’re not allowed to out ANYONE, we tell them.
we’ve created a situation where even though news organizations know this guy is gay, they can’t report it because he hasn’t said so on twitter.

if we keep saying that being gay is genetic; ergo, it’s no different than having blue eyes or blonde hair… than why are not allowed to mention it? why do we need anyone’s consent to talk about their sexuality? are we not allowed to say someone has blue eyes until they post a fb message telling us they are in fact blue?
we’ve been so effective at convincing everyone that outing people is a crime against humanity, that we’ve made it impossible for any network or news organization to talk about this “hypothetical” gay republican congressman and his hypocritical vote against gay rights. they won’t touch it for fear of retribution from GLAAD or HRC. (in fact when my friend’s network interviewed said hypothetical republican, he talked about wanting to find a nice woman to marry… and the network aired it… knowing it was a lie…

Because they’re terrified of going anywhere near TEH GHEY.

But now that Aaron’s out of Congress perhaps he’ll get a little Downton Love.

What he WANTS of course is a little Katy Perry — delivered thusly.