“Hold It — I think you’re gonna like this picture!”

Or maybe not so much.

Separated at Birth from “Bob Benson”

Guy Benson is gay, but he doesn’t really think that matters. The Townhall.com political editor does, however, think LGBT people should be more open to gay Republicans — even as he thinks gay issues present a “real obstacle” for his party.

“We’re headed to the point where a political candidate who is perceived as anti-gay at the presidential level will never connect with people under 30 years old,” Ayres said, citing the rapidly changing views on same-sex marriage in America. . . .In his view, the Republican Party, “more than anything else,” needs to adopt “a tone and an attitude of inclusion and acceptance” if it wants to take the White House.

“Guy here,” he writes in his forthcoming book. “So, I’m gay.”
This is not the main point of the book, however, not at all. Benson’s sexual orientation is given little fanfare — “a footnote in a 316-page book,” as he puts it — in End of Discussion: How the Left’s Outrage Industry Shuts Down Debate, Manipulates Voters, and Makes America Less Free (and Fun), which Benson co-authored with Mary Katharine Ham, a fellow Fox contributor. 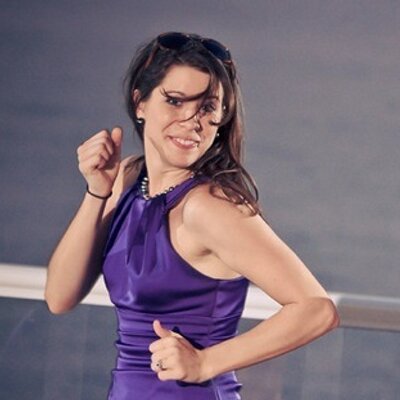 If his book and job titles don’t make things absolutely clear, Benson is a gay conservative. He’s also someone who says he cares much more about “a nuclearized Iran” and “the failures of Obamacare” than most gay issues.

Does he feel it’s comparable to Slavery as the Gay-Unfriendly Ben Carson does? And while he said he doesn’t think it especially matters that he’s coming out, Benson was sitting down for an interview on precisely that topic.
“Gay rights is not something that dominates my attentions — or my passions — and that may seem incongruous, that may seem counterintuitive to a lot of people,” he said, “but the issues that I care about most undergird the reasons why I’m a conservative and have been forever and will be a conservative moving forward.” 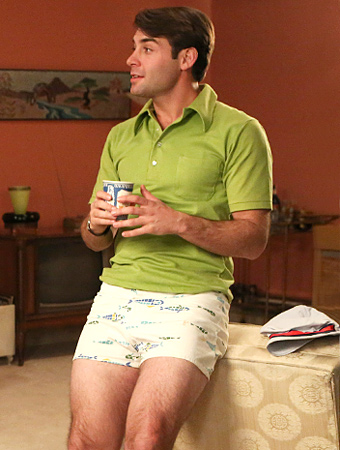 The book will be published as the debate over religious liberty protections continues to dominate the presidential conversation around gay issues, something that Benson and Ham are aware of and tackle in the book. (The chapter of the book in which Benson comes out is titled, “Bake Me A Cake, Bigots.”)

Many conservatives have argued there must be a legal process for exemption from laws on the basis of religious belief. For his part, Benson argued that exact space between existence and participation is what has helped accelerate acceptance for marriages. The idea that same-sex couples’ marriages wouldn’t affect straight couples’ marriages was “a very effective argument that won over a lot of people,” he said.
“I’m for civil marriage, I’m for nondiscrimination laws — but I think there should be broad carve-outs for religious organizations, in particular, and narrow carve-outs for closely-held businesses that serve the wedding industry,” he said.

As the religious liberty debate has gained traction, proponents of the religious liberty side of the debate have faced pushback — sometimes against specific individuals or their businesses — leading many conservatives to argue, more broadly, that internet culture is too quick to punish dissenters. Ham and Benson address that issue in their book, as well.
“I think a lot of gay people have felt for generations, obviously, that they have not been treated fairly, and I don’t think that coming to a point of social harmony and then pushing further in this almost vengeful, ‘Let’s get ‘em,’ hounding people out of jobs … [I]t’s not productive, it’s not good for the country,” he said. The issue that most animated Benson, though, over the course of the 45-minute interview was the accusation sometimes made that gay Republicans must be self-hating people.
“I think that’s extraordinarily closed-minded and betrays a lack of imagination, at the very least,” he said.

Then, he let out an extended soliloquy in defense of what is likely to be seen as a part of his public persona now.
“A free-thinking, free citizen of a free country is not obliged to be confined to a bedazzled ideological straitjacket because that’s how they ‘ought’ to think and ‘ought’ to vote and ‘ought’ to rank their priorities,” he said.

Did you say Bedazzled ?

“It’s not true, it shouldn’t be true, and I think part of liberty and tolerance and coexistence is understanding that, ‘Hey, I might have something in common with this person over here, and they have every right under the sun to disagree with me on this whole panoply of public policy questions over here.’ And if their views on those things lead them to another conclusion about how they exercise their right to vote, to jump to the conclusion that that is borne of some secret, deep-seated, self-loathing is just lazy and boring.
“And false.”

“Terry Dolan, who helped to found the National Conservative Political Action Committee, was pretty well known in elite gay circles. According to Randy Schilts’s ‘And the Band Played On’, when playwright Larry Kramer recognized him at a Washington, D.C. cocktail party, he walked up to Dolan and threw a drink is his face. “How dare you come here?” he shouted. “You take the best from our world and then do all those hateful things against us. You should be ashamed.” Among those awful things was sending out fundraising letters for NCPAC, which claimed that “Our nation’s moral fiber is being weakened by the growing homosexual movement and the fanatical E.R.A. pushers (many of whom publicly brag they are lesbians).” Meanwhile, Dolan had, at the time of that 1984 encounter with Kramer, had just ended an affair with a male epidemiologist at the New York City Health Department, and was then enjoying everything the gay social scene had to offer.
Terry Dolan was closeted (he couldn’t have been open without suffering right-wing banishment), but as is often the case, it was an open secret in the gay community. He went to gay bars in DC, including the Eagle, and he cruised me a few times when we passed each other on the sidewalk on 17th Street in the Dupont Circle neighborhood. Perry Deane Young’s 1982 book “God’s Bullies” described a gay sexual liaison Dolan had with Richard Anderson, an information specialist at the Library of Congress. But mainstream news organizations, even more than they do now, treated the practice of “outing” as unseemly and avoided covering such efforts.”

Benson knows there will be some conservatives, as well, who question him now. To them, he said he would just direct them to all that he’s written and said since he was in college at Northwestern University. “I do my best to shrug it off and just go on living my life.”

And, despite the disagreements Benson likely will have with some gay liberals, he acknowledges the importance of the progress that has been made on gay rights.

How nice of him.

“I do not lose sight of how historically fortunate I am to be living in this country in this era, given who I am,” he said. As for his own path, he explained, “This is the final stage for me, personally, on this journey, where I have been incredibly fortunate to have been able to undertake each step of this process completely on my own terms.”
And now, he felt that it was time to let people know that his voice — already a part of the political discussion — was that of a gay man.

“Because we’re writing about it in the book, I did not want to cede control of that information to someone else,” he explained. He wanted to talk about this himself, rather than someone else, because he didn’t want it “to seem as though I was hiding or being untruthful or ashamed — and that hasn’t been my mentality at all. So, for a number of reasons, it seemed like the time had arrived and this is how we did it.”

It’s also, he acknowledges, a key time for his party on LGBT issues. Most notably, the Supreme Court will soon rule on a set of marriage and marriage-recognition cases, and is expected to rule bans on those marriages unconstitutional. “I think the party is in a state of flux, with deep disagreements — rooted in many cases, but not all, generationally — and that is a political dilemma at the moment,” he said.

Watch out for that flux! Benson also acknowledged the base of the party largely remains opposed to issues like marriage equality, which he and Ham both support. And he noted the political reasons for why that opposition remains the default in the Republican Party. “You need that base, you need your core voters to turn out to win elections,” he said — adding that “the vast majority” of those who oppose marriage rights for same-sex couples “are not bigots.”

On the other end, he said, “You also, if you’re the party, have to look to the future and worry about this type of issue being one of those threshold issues for a lot of young people, where it is a barrier to entry to the party” — people who would otherwise consider Republican candidates but won’t “so long as their party is discriminating against my brother, who’s gay, or my dear friend who is gay.” Calling that “a real obstacle,” Benson said, “I don’t think there’s a quick fix to that.” He added that he’s been watching the responses to the “would you attend a same-sex wedding” question, calling the affirmative answers from some candidates “a softening, without conceding the policy question.”
Benson distanced himself, slightly, from those obstacles — but left the door open for more involvement going forward.
“Look, I’m as fascinated as anyone to see how it plays out. I don’t feel like I’m going to become particularly activist on any of this stuff,” he said. “From time to time —” he stopped. “We’ll see.”

Indeed we will — right Bob?