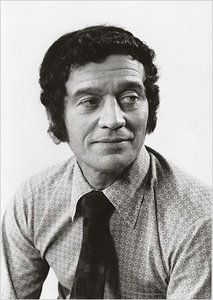 is no Bette Davis.

After all, as one of her innumerable Facebook defenders reminded me yesterday “she hasn’t killed anyone.”

Rather a high bar for mendacity n’est ce pas?

but then there’s THIS charming detail from her 2002 lawsuit against Howard University:

She alleged that Smith and other school officials improperly blocked her appointment to a teaching assistant post, rejected her application for a post-graduate instructorship, and denied her scholarship aid while she was a student.
The court opinion also noted that Dolezal claimed that the university’s decision to remove some of her artworks from a February 2001 student exhibition was “motivated by a discriminatory purpose to favor African-American students over” her.
As detailed in the court opinion, Dolezal’s lawsuit contended that Howard was “permeated with discriminatory intimidation, ridicule, and insult.”

How DARE a historical black college treat a white woman that way!

See? What other recourse did she have other than Turning Black All of a Sudden

Ebony magazine is not at all amused.? In a striking piece about the way Rachelgate has come to overtake a seemingly endless series of police shootings of unarmed black men it notes of black women –

The most painful conversation I have observed on the whole mess took place on Melissa Harris Perry this weekend. I expected the host, who I consider to be a personal hero and important champion of Black women, to be personally offended by the existence of Dolezal—someone who has dressed herself up to physically resemble Harris Perry and occupy a space in the academy, something many actual Black women struggle to do. Yet, our girl wants to at least consider the possibility of “racial mis-assignment at birth,” and I’m pretty unable to cope with that

The handwringing, the nuance, the idea that we should be grateful that this woman wanted to occupy space in our community, the inability to hold White women accountable for their racist misdeeds…it’s enough to make an actual Black woman mad. Rachel Dolezal is not an ally; she is not a champion of Blackness. And, reinvented as a light-skinned, light-eyed Black woman with a Howard degree, she was able to gain more access to Black cultural spaces than she would as a White lady who simply likes Black culture and Black men—and those women get a LOT of access.
Dolezal parodied Black womanhood for her own benefit, while allegedly telling other Whites they didn’t have space in the Black Lives Matter movement and, according a few folks claiming to be former students, had a curious way of addressing Black females and pale-skinned Latinos in her classes. Pretending to have our experiences and using them for her personal/professional gain is not “doing the work” and as far as I am concerned, it is unforgiveable anti-Blackness.
White women are human and fallible. They are not standard bearers for femininity, they are not in need of our protection and many of them have willingly participated in the systems of racism that lead to educational disenfranchisement of “unteachable” Black children and overpolicing of Black “superpredators.” Our torrid love affair with Whiteness and White supremacy often make it hard for us to hold White folks accountable, but I’d be willing to bet you that the brothers hollering about Rachel Dolezal doing work wouldn’t be as easy on Ronald Dolezal showing up in an Afro- toupee. And considering that mentally-ill Black women are routinely sentenced to prison and discarded by society, I’m disinterested in a lengthy psychoanalysis of Dolezal that can be used to give her a pass. She will be just fine, wherever she imagines herself next.

Do not forget the loudmouthed, bigoted woman who refused to allow a group of teens to enjoy a day in the sun without racialized violence, and do not forget how Rachel Dolezal’s deception took space from Black women who need it. Do not keep up the White Female Fragility Complex by silence or complicity.

Or analogy. For while she aspires to Baronial standards, she’s not in his league. Right kids?