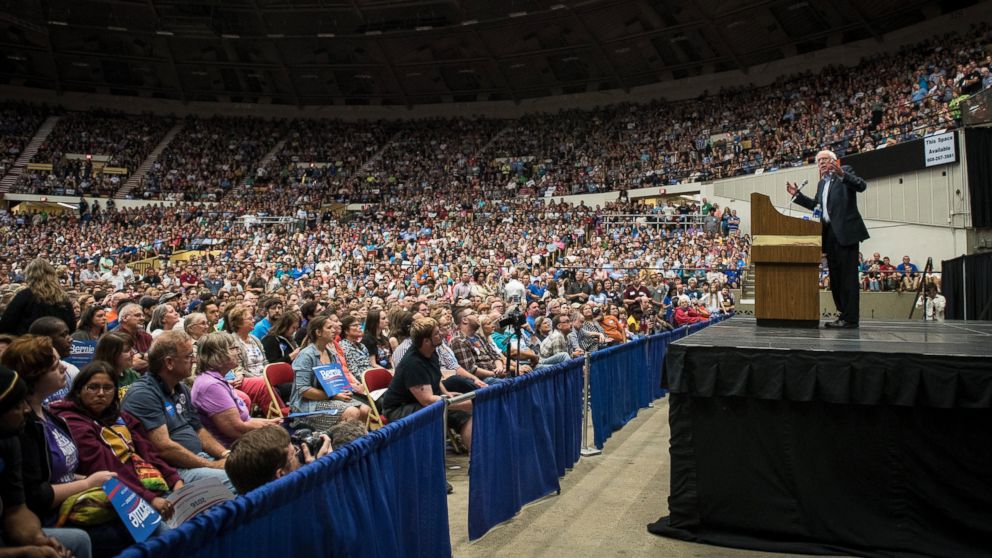 Surely the facts will be studiously ignored

MADISON, Wis. (AP) — Democratic presidential candidate Bernie Sanders touted his progressive credentials before his largest crowd to date Wednesday night as he pushed his campaign into Wisconsin Republican Gov. Scott Walker’s backyard.
Sanders packed the Veterans Memorial Coliseum in Madison, filling its 10,000 seats to show his bid to snatch the Democratic nomination from front-runner Hillary Rodham Clinton isn’t a longshot after all.

That’s why I title this pic “Bernie Sanders For President”

“Tonight we have made a little bit of history,” the white-haired Sanders said at a podium positioned between Wisconsin and United States flags at the outset of his hourlong speech before a boisterous crowd. “Tonight, we have more people at any meeting for a candidate of president of the United States than any other candidate.”

Heaven forfend the “Mainstream” Media from bothering to mention this fact.

Sanders, a 73-year-old self-described democratic socialist, is trying to appeal to the most liberal Democrats with his message of raising the minimum wage to $15 an hour, bridging the gap between rich and poor, criminal justice reform and raising taxes on the wealthy and Wall Street. 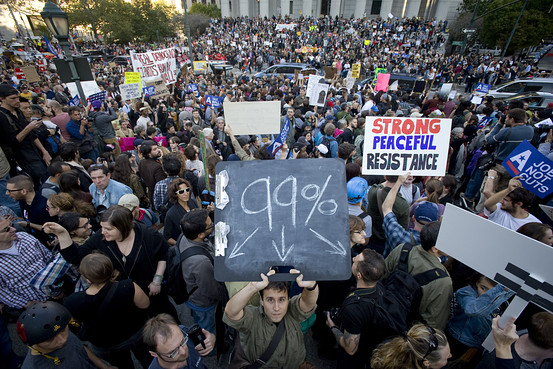 The message resonated in Madison, the state’s reliably liberal capital and home to the University of Wisconsin. And it stood as a sharp contrast to Wisconsin’s own conservative White House hopeful Walker, who is preparing to enter the crowded field of GOP candidates. The governor is expected to make his announcement on or shortly after July 13.

As Mrs. George Will is his campaign manager we should be hearing quite a lot about Scott

Walker, whom the crowd loudly booed whenever Sanders mentioned his name, criticized Sanders in a statement issued Wednesday in advance of the speech.
“Bernie Sanders is right about one thing: We don’t need another Clinton in the White House,” Walker said. “On virtually every other issue, however, he stands in stark opposition to most Americans. Wisconsinites have rejected his top-down, government-knows-best approach three times in the last four years.”
Walker’s statement is a reference to his three election victories since 2010. He won election, defeated a recall in 2012 and then won re-election. His victories have helped fuel his all-but-certain run for the White House.

Sanders has built his underdog campaign to succeed President Barack Obama on blunt talk about the economy. In addition to advocating a $15-an-hour minimum wage and raising taxes on the rich, he also supports a massive government-led jobs program to fix roads and bridges, a single-payer health care system, an expansion of Social Security benefits and debt-free college.
“The big money interests — Wall Street, corporate America, all of these guys — have so much power that no president can defeat them unless there is an organized grassroots movement making them an offer they can’t refuse,” Sanders said.
The message resonated with the welcoming crowd, many of whom gathered at the state Capitol four years ago to protest against Walker and his move against unions.
“He’s reminiscent of Obama in that he breaks the mold of what we’ve seen election after election with presidential candidates,” said Savannah Kramas, a 26-year-old health care worker from Mosinee. Kramas said she likes Clinton but wants to hear more about her positions.
“I think Sanders has the benefit of being a little more obscure, so he can say what he wants,” Kramas said.