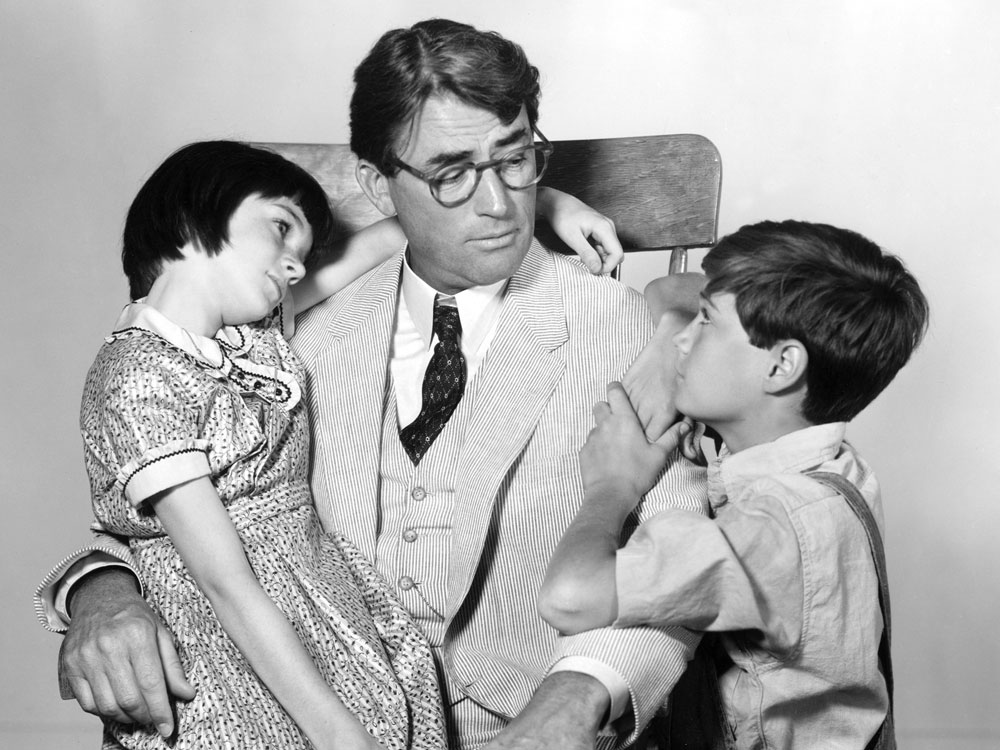 Surely the facts are totally untenable for White America.

In the classic book and iconic film “To Kill a Mockingbird,” Atticus Finch stood as a towering symbol of morality, courage and wisdom.
Daniel D’Addario, Time magazine’s culture reporter, remarked on the significance of the book.
“I think it’s undeniable that this is the literary event of the decade, if not more … we had absolutely no reason to expect this was ever coming,” D’Addario told ABC News. “For decades we’ve only ever seen Atticus one way, as an unambiguous hero with nothing but the best of motivations, but even our heroes can have extremely complicated mindsets.”
In “Go Set a Watchman,” which takes place 20 years after “Mockingbird,” Finch has reportedly attended a Ku Klux Klan meeting and questions the benefits of desegregation.
Lee actually wrote “Go Set a Watchman” before “To Kill a Mockingbird” but the book remained unpublished for more than 50 years.

And Thereby Hangs a Tale.

Nellie submitted Go Tell a Watchman first. The Powers That Were reportedly told her that they were interested the book’s ‘backstory” — Scout’s childhood and all that. They also quite obviously informed her that the character of Atticus Finch in Watchman was far too. . .uh. . .”downbeat” or “negative” or some other weasel-word to avoid dealing with Southern racism head-on as Nellie in her very modest way was trying to do. And so she did a Page One Rewrite replacing a complex character with a far simpler one. An Ideal Father. A Good White Man who in defending hopeless case may lose in court but “wins” in the hearts of whites longing to avoid dealing with their own racism.

She succeeded all too well. And the movie sealed the deal

See how it works? No wonder everyone’s so upset at learning the truth.

Fans of Lee’s first book are already sounding off on social media.
One poster wrote, “Any book where Atticus Finch is a bad guy is not a book I want to read.”
Another chimed in, “Atticus Finch is revealed as a racist in new book. Hero no more.”
The book’s publisher, HarperCollins, has said Lee requested “Go Set a Watchman” be published as written, with no editorial intervention.
“As her publishers, we naturally respected her wishes,” HarperCollins told ABC News in a statement.
“The question of Atticus’s racism is one of the most important and critical elements in this novel, and it should be considered in the context of the book’s broader moral themes,” the statement continued. “‘Go Set a Watchman’ explores racism and changing attitudes in the South during the 1950s in a bold and unflinching way. At its heart, it is the coming-of-age story of a young woman who struggles to reconcile the saintly figure of her beloved father with her own more enlightened views. In Go Set a Watchman, Scout takes center stage as we witness her anger toward and stand against prejudice and social injustice. By confronting these
challenging and complex issues at the height of the Civil Rights movement, the young Harper Lee demonstrated an honesty and bravery that makes this work both a powerful document of its time and a compelling piece of literature.”

Not literature — Myth, as defined by Roland Barthes White America is a pathetic child, paralyzed not with Guilt but rather The Fear of Feeling Guilty.

“Atticus Finch” was the Teddy bear it took to bed with it at night. Nothing to fear from him. And in To Kill a Mockingbird instead of the Klan — or the black man wrongfully accused of rape — the figure to fear is “Boo Radley.” A seeming simpleton who as the children learn is not only no one to fear but in the book’s climax an unlikely “hero” of sorts.

But now we have what Freud so accurately identified as “The Return of The Repressed” in the form of the book Nellie first wrote. And it’s pretty clear that Boo Radley was the real Atticus Finch.

LIVE WITH IT YOU MOTHERFUCKING RACIST-ENABLERS!!!!

Take it away Elmer.