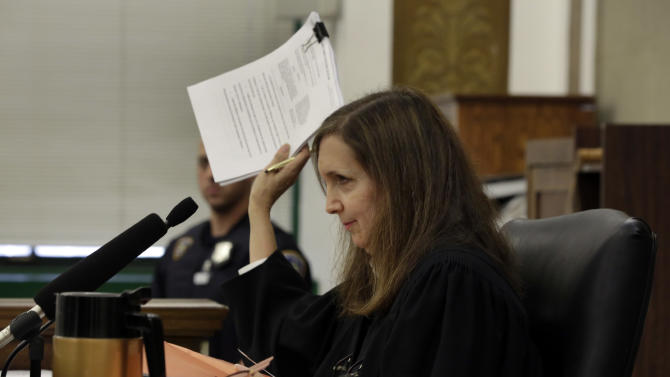 Not to mention a Ripe Banana.

To its credit, the NRP has not argued that chimps and other great apes have a constitutional right to habeas corpus. (You don’t have to be an originalist to believe that the United States Constitution was written exclusively for Homo sapiens.) Instead, the NRP is attempting to develop a habeas right in New York’s common law. That’s a smart strategy. Common law is developed by judges and can be modified by the legislature; in fact, both New York courts and the legislature have recently begun to treat animals as something more than property (though less than people). NRP is only looking to extend this trend by persuading Jaffe to declare that chimps deserve basic habeas protection

Jaffe takes this claim seriously despite its novelty. No offense intended, I assume, but she does so by repeatedly citing the Supreme Court’s decisions broadening the rights of liberty for gay Americans. “If rights were defined by who exercised them in the past,” she notes, quoting Obergefell v. Hodges, “then received practices could serve as their own continued justification and new groups could not invoke rights once denied.”

Moreover, chimps are undeniably humanlike in many ways: Humans and chimps share almost 99 percent of their DNA, as well as similar brain structure and cognitive development. They are our closest relatives; our lineages split just 7 or so million years ago, which is fairly recently in evolutionary time. Chimps also seem to demonstrate compassion, depression, and a sense of humor. They may not be human—but they aren’t totally inhuman.

Are we not men?

Still, Jaffe writes, questions about chimps’ right to autonomy should be answered by a higher court or the legislature—not a supreme court judge. (In New York, supreme courts are low-level trial courts.) While quoting another gay rights ruling, Lawrence v. Texas’ admonishment that “times can blind us to certain truths,” Jaffe throws out the petition for Hercules and Leo’s release. “Efforts to extend legal rights to chimpanzees are understandable,” she writes. “Someday they may even succeed.” That day, however, is not today.

“One Day My Chimp Will Come” ?

And here are The Kinks!