That’s a speech from

wrote for the 1960 Broadway season, where it was a great success. In 1964 an equally successful film was made of it that Eugene scripted and produced. A delightful “comedy of political manners” it has been revived on Broadway several times since. And in light of the current political tsunami it deserves to be referenced once again. Eugene wrote it out of his own observations of political conventions which, back in the day were the place that respective parties nominated their candidates. That doesn’t happen anymore. Nor do we have televised dust-ups like the one that took place in 1968 between Eugene and Marie Antoinette anymore

fear-mongering over Mexicans instead of Communists. And acting like a cleaned-up rendition of “Fred C. Dobbs” 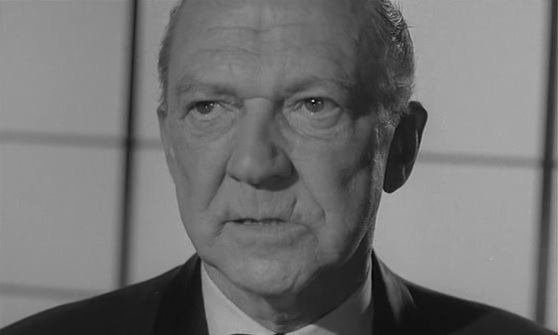 He was dying when he made the movie. But he was a consummate trouper and gave it his all just as he did years before in The Half-Naked Truth.

Speaking of which — Hit It Lupe!