The above image is the work of Frank Kelly Freas. He created the above cover in 1953 as an illustration for the story “The Gulf Between” by Tom Godwin. The image was captioned “Please… fix it, Daddy?” It’s a great image, but that caption really drives it home. The whole suite of confusing emotions: sadness, pity, horror, alienation.
Of course, most of us have not had lives such that we’d see a 1953 science fiction magazine, but the image is still familiar

And so is Obama Derangement Syndrome

Don’t think for a moment you’ve heard that last of this. Not just from his legion of critics but from Marco himself

“I’m going to say it again,” Mr. Rubio told about 1,000 people who crowded into a high school cafeteria, one of his largest audiences yet in New Hampshire. “Barack Obama is the first president, at least in my lifetime, who wants to change the country. Change the country. Not fix it, not fix its problems. He wants to make it a different kind of country.”

A kind of country that’s less racist than it is — which would of course be fixing a problem. But Marco’s not interested in that. And he doesn’t appear to be interested in anyone else in the Democratic party either. One would think that if he’s running for President he’d address his remarks to the leading Democratic Party candidates — Hillary Clinton and Bernie Sanders. But Marco doesn’t mention them at all. He’s OBSESSED with President Obama. Will somebody please tell Marco that President Obama cannot seek a third term?

Mr. Rubio’s advisers privately conceded after the debate that it had been a difficult night for their candidate.

Thanks to difficulties that Marco has himself created.

But they were hoping to benefit from some fortuitous timing: With the Super Bowl late Sunday and just one more day until voters in New Hampshire head to the polls, they argued, there was little opportunity for his rivals to inflict irreversible damage.

Why should they bother Marco’s self-destructing quite nicely without their help.

Mr. Rubio’s campaign had been riding a surge of popularity since he finished in an unexpectedly strong third place in the Iowa caucuses.

A “surge” proceeding from the fact that the party has come to the realization that neither Donald Trump nor Ted Cruz are electable. To them Marco “looks” more acceptable — that is if you overlook his Obsessive Compulsive Disorder

The Stepford Wives were of course robots. And “robotic” is the term many have used to describe Marco’s debate performance, some even going so far as to call him — 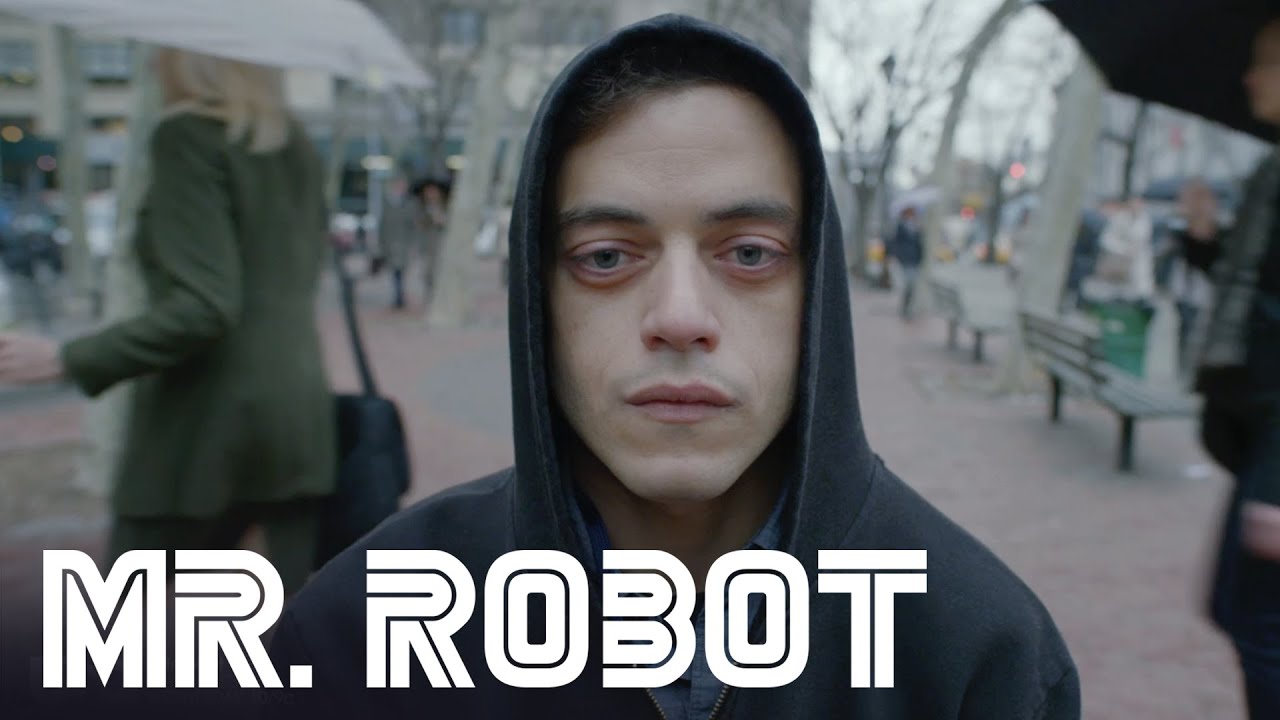 after that much-discussed new TV series, which —

Follows a young computer programmer who suffers from social anxiety disorder and forms connections through hacking. He’s recruited by a mysterious anarchist, who calls himself Mr. Robot

Does Marco imagine that Barack is a mysterious anarchist trying to “recruit” him? If that’s the case he certainly doesn’t appear fearful of him in this picture. 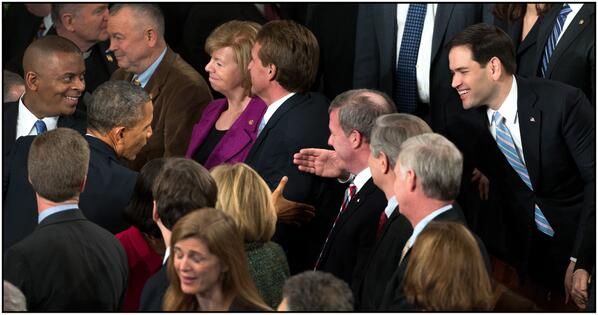 Stick to your “Foam Parties” dear

Alas poor Marco. Bowie’s the “Daddy” who could have “fixed it” for you.