All The News That Abe Thought Fitting 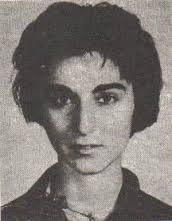 In 1964, Rosenthal was forty-one years old and relatively new on the job as the newspaper’s metropolitan editor, an important step in his ascent to a seventeen-year reign over the Times’ newsroom. Ten days after Genovese was killed, he went downtown to have lunch with New York City’s police commissioner, Michael Murphy. Murphy spent most of the lunch talking about how worried he was that the civil-rights movement, which was at its peak, would set off racial violence in New York, but toward the end Rosenthal asked him about a curious case, then being covered in the tabloids, in which two men had confessed to the same murder. He learned that one of the competing confessors, Winston Moseley, had definitely murdered a woman in Kew Gardens, Kitty Genovese. That killing had been reported at the time, including in a four-paragraph squib buried deep within the Times, but Murphy said that what had struck him about it was not the crime itself but the behavior of thirty-eight eyewitnesses. Over a grisly half hour of stabbing and screaming, Murphy said, none of them had called the police. Rosenthal assigned a reporter named Martin Gansberg to pursue the story from that angle. On March 27th, the Times ran a front-page story under a four-column headline:

The following day, the Times ran a reaction story in which a procession of experts offered explanations of what had happened, or said that it was inexplicable. From then on, the story—as they wouldn’t have said in 1964—went viral.

It’s evidence of a kind of editorial genius that Rosenthal, by playing the story in the way that he did, was able to get such a reaction. The tabloids had treated it simply as a sensational tale of urban violence. The Times made sure that its apathetic-witness angle would land by prominently displaying the story on its front page. The murder now stood for a profoundly disturbing sociological trend. The key line in Gansberg’s story came from one of the witnesses (none of whom were named), who said, “I didn’t want to get involved.”

IOW, Abe made “I don’t want to get involved” up all by his smug little self.

Some of the fascination that racialized, sexualized violence attracts surely rubbed off on the story—it became clear from photographs and from other outlets that Genovese was white and attractive and that Moseley, a repeat rapist, was black—but the gist of the piece lent itself perfectly to Sunday sermons about a malaise encompassing all of us. It was a way of processing anxieties about the anonymity of urban life, about the breakdown of the restrictive but reassuring social conventions of the fifties, and, less directly, about racial unrest, the Kennedy assassination, and even the Holocaust, which was only beginning to be widely discussed, and which seemed to represent on a grand scale the phenomenon that one expert on the Genovese case calls Bad Samaritanism.

The Times’ version of the Genovese story represents a version of reality that was molded to conform to a theory. The March 27th story began “For more than half an hour 38 respectable, law-abiding citizens in Queens watched a killer stalk and stab a woman in three separate attacks in Kew Gardens. . . . Not one person telephoned the police during the assault; one witness called after the woman was dead.” Later that year, Rosenthal published a very short instant book, the only book he ever wrote on his own, called “Thirty-eight Witnesses: The Kitty Genovese Case,” which used portentous, outraged language to enshrine the apathy narrative. (He urged readers “to recognize that the bell tolls even on each man’s individual island, to recognize that every man must fear the witness in himself who whispers to close the window.”) By the eighties, a widely used college psychology textbook drew this scenario from the Times account: “What is interesting about this event is that no fewer than 38 of her neighbors came to their windows at 3:00 AM in response to her screams of terror—and remained at their windows in fascination for the 30 minutes it took her assailant to complete his grisly deed, during which time he returned for three separate attacks.”

It’s now clear that this version of events is wrong, thanks to a number of Genovese revisionists who have emerged over the years. They include Jim Rasenberger, a journalist who has written a couple of influential articles about the case, notably one in the Times, in 2004; and Rachel Manning, Mark Levine, and Alan Collins, the authors of a 2007 article in American Psychologist (which quotes from, and debunks, the textbook rendering). The essential facts are these. Winston Moseley had been out in his car, looking for a victim, when he came across Genovese driving home from work. He followed her. She parked at the Kew Gardens train station, adjacent to her apartment. Moseley parked, too, and attacked her with a hunting knife. She screamed, and a man named Robert Mozer opened his window and shouted, “Leave that girl alone!” Moseley ran away. Genovese, wounded but not mortally, staggered to the back of her apartment building and went inside a vestibule. Moseley returned, found her, and attacked again, stabbing her and assaulting her sexually. He fled again before she died. The Times story was inaccurate in a number of significant ways. There were two attacks, not three. Only a handful of people saw the first clearly and only one saw the second, because it took place indoors, within the vestibule. The reason there were two attacks was that Robert Mozer, far from being a “silent witness,” yelled at Moseley when he heard Genovese’s screams and drove him away. Two people called the police. When the ambulance arrived at the scene—precisely because neighbors had called for help—Genovese, still alive, lay in the arms of a neighbor named Sophia Farrar, who had courageously left her apartment to go to the crime scene, even though she had no way of knowing that the murderer had fled,

The one indisputable villain in the Genovese case, other than Moseley, was Joseph Fink, who worked in the apartment building across the street from where Genovese lived. He saw the first attack, did nothing, and, after Moseley had fled, took a nap in the basement, rather than going outside to help Genovese. A more ambiguous figure was Karl Ross, a friend and neighbor of Genovese’s, who was drunk that night. He heard the first attack and did nothing. The second attack occurred in the vestibule outside his apartment door. He opened the door a crack, saw Moseley plunging a knife into Genovese, and closed the door, terrified. He made a couple of phone calls, the first to a friend on Long Island, who advised him to do nothing, the second to a neighbor in the building, who told him to come over. Ross crawled out of his window, across the roof, and into a neighbor’s apartment, and eventually called the police. It may or may not be relevant that Ross was thought to be gay, at a time when gay New Yorkers had a lot to fear, both from attackers on the street and from the police. Three months before the murder, Rosenthal had assigned a five-thousand-word story that ran on the Times’ front page under the headline “GROWTH OF OVERT HOMOSEXUALITY IN CITY PROVOKES WIDE CONCERN.” The fact that Kitty Genovese herself was gay evidently escaped his notice.

After all consider his gravestone.

Abe ran a virtual Reign of Terror at the NYT, making it plain that any gays r lesbians on the paper thinking of leaving the closet had better not do so.

One of them was his right-hand man Jeffrey Schmalz

who virtually “Outed Himself” when, sick with AIDS, re collapsed on the copy room floor with a grand mal seizure

Here’s a story about his “last words.”

Time for a new NYT editorial board — right boys?