No not that one.

For a lesson on the riddles of human nature, look no further than Dennis Hastert.
Go back to early 1999, when he became the speaker of the House of Representatives. Revisit the reason he got that job. His Republican colleagues were sick of provocateurs, had been burned by scandal and wanted a reprieve — an antidote, even. Hastert fit the bill. In their view he wasn’t merely above reproach. He was too frumpy and flat-out boring to be acquainted with reproach.
“Like an old shoe” was how one prominent Republican described him to a reporter at the time. 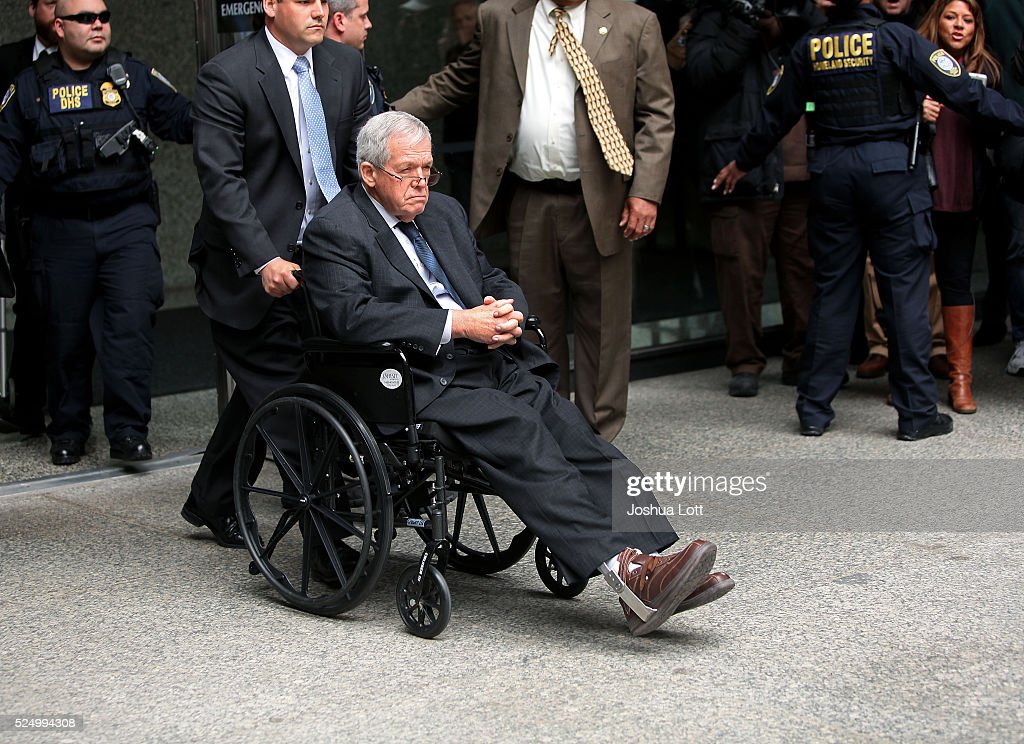 In the closet with that old shoe were skeletons, but no one around him knew it or could have guessed which kind.
And somehow Hastert wasn’t haunted by them, or at least had never been impeded by them. Despite a history of sexually abusing boys as a high school teacher and coach, the old shoe stepped into politics, a line of work that invites examination and raises the stakes of any revelation, ensuring the most public shaming imaginable.

Been there / Done That / Bought the T-Shirt Despite that history he accepted prominent positions on Capitol Hill. Was he fearful? He showed no signs of it. Was he abashed? Not outwardly.
He joined his fellow Republicans in publicly denouncing Bill Clinton’s behavior with Monica Lewinsky, calling the president “immoral.” He championed legislation to put repeat sexual offenders behind bars for life.
But perhaps Hastert’s history did inform his hesitation, as House speaker, to act on reports that Mark Foley, another Republican congressman, had sent sexually explicit messages to underage congressional pages. Or perhaps that hesitation reflected nothing more than Hastert’s passivity and docility. The old shoe never had much of a stride.

So get some new ones.

Last week, at 74, he appeared in a wheelchair in an Illinois courtroom, where he received a 15-month prison sentence for illegally structuring bank transactions in an attempt to conceal those decades-old instances of sexual abuse. It was his turn to be publicly denounced. The judge branded him a “serial child molester.”
But before we let this latest sad and infuriating story whiz past, before we file it under “fallen leaders” or “blatant hypocrisy” or wherever it best belongs, we should heed the important reminders and questions here. There are morals aplenty in this old shoe

One is the quickness and frequency with which so many of us equate displays of religious devotion with actual rectitude. Will we ever learn?

Larry Hart (whose Birthday this is) put it thusly –