Even as political folk over-reacted to Trump’s polling surge, wiser heads counseled that it could be an anomaly based on the combination of a post-nomination-clinching “bounce” for Trump and the climax of the Clinton-Sanders struggle. Once Clinton became the putative rather than the presumptive nominee, went the cautionary note, she, too would get a “bounce” as Sanders Democrats came home, and then we’d have a better idea of where the two candidates stood going into the conventions.

But a funny thing happened as everyone was waiting for the next batch of polls: the Curiel incident occurred and then lingered, and Republicans wondered all over again if they were making a dreadful mistake surrendering to this barbarian’s takeover of their party.

Now some new general election polls are coming out, and sure enough, Clinton’s showing some momentum. A new Reuters/Ipsos survey has her up by eight points; IDB/TIPP has her up five. Even Rasmussen — which had Trump leading by five points in mid-May — now has Clinton leading by four. And all these results are occurring before it sinks in that Clinton has now locked up her nomination and made history. What’s more, on Thursday afternoon Fox News came out with a survey showing a six-point swing from a three-point Trump lead in May to a three-point HRC lead now. 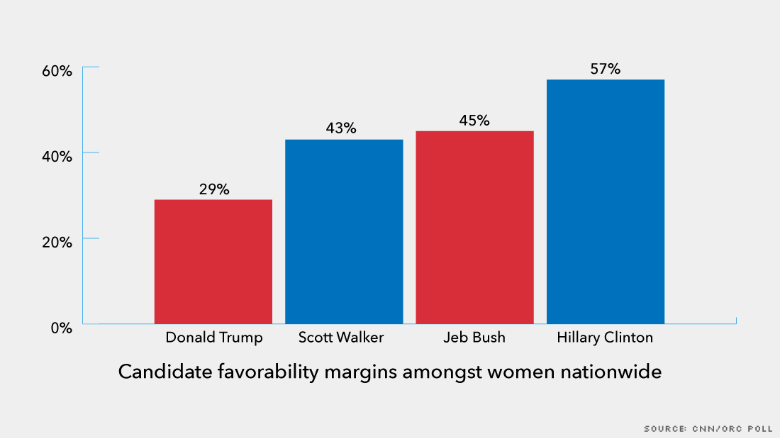 Funny how the polls were regarded by our famously “Free Press” as something owned and operated entirely by Drumpf.

Does this mean they’re going t be more judicious and careful in future?

That’s the full version. Even MSNBC cut away from it for “Commentary” — terrified of Warren’s Righteous Wrath.

Well Drumpf and Ryan — the “Odd Couple” who really aren’t all that “Odd” — should take their cue from God (aka. Stephen Sondheim)