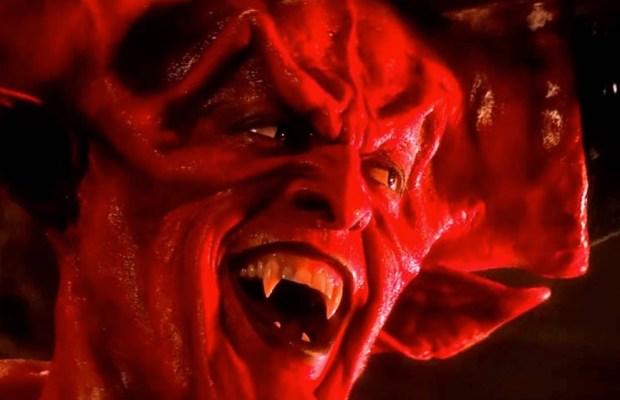 Separated at Birth? That’s what Stabby McSleeypants said in his address to the Trump-a-tariot

And then he Doubled-Down !

Former presidential candidate Ben Carson said Wednesday that he linked Hillary Clinton to a prominent community organizer, Saul Alinsky, who once offered measured praise of Lucifer in a book, to provide “perspective” on what type of president the Democrat would be.

“Recognize that this is a very famous book — ‘Rules for Radicals’ — and on the dedication page, you acknowledge Lucifer in an admirable way saying he’s the original radical who gained his own kingdom,” Carson told CNN’s Chris Cuomo on “New Day.” “What I am saying is that we are talking about electing to the presidency an individual who embraces someone who obviously is not someone who is consistent.”

Clinton wrote her 1969 Wellesley undergraduate thesis on Alinsky — though she’s said in her own book that she had “fundamental” disagreements with him,” according to an analysis of Carson’s comments on Politifact.

At Tuesday’s Republican National Convention, Carson asked attendees if they could elect Clinton given her relationship to Alinsky, who critics have long accused of harboring communist sympathies.

Author Salman Rushdie tweeted Wednesday that Carson fails to recognize the difference between irony and humor in the acknowledgment.
“The Satanic Acknowledgment: This is Saul Alinsky on Lucifer. Can’t expect Ben Carson to recognize irony or humor,” he tweeted.

for daring to satirize “The Prophet”

Doubtless Stabby is on the Ayatollah’s side

And to close us out, more irreverence from another Jew — a Berlin named Irving