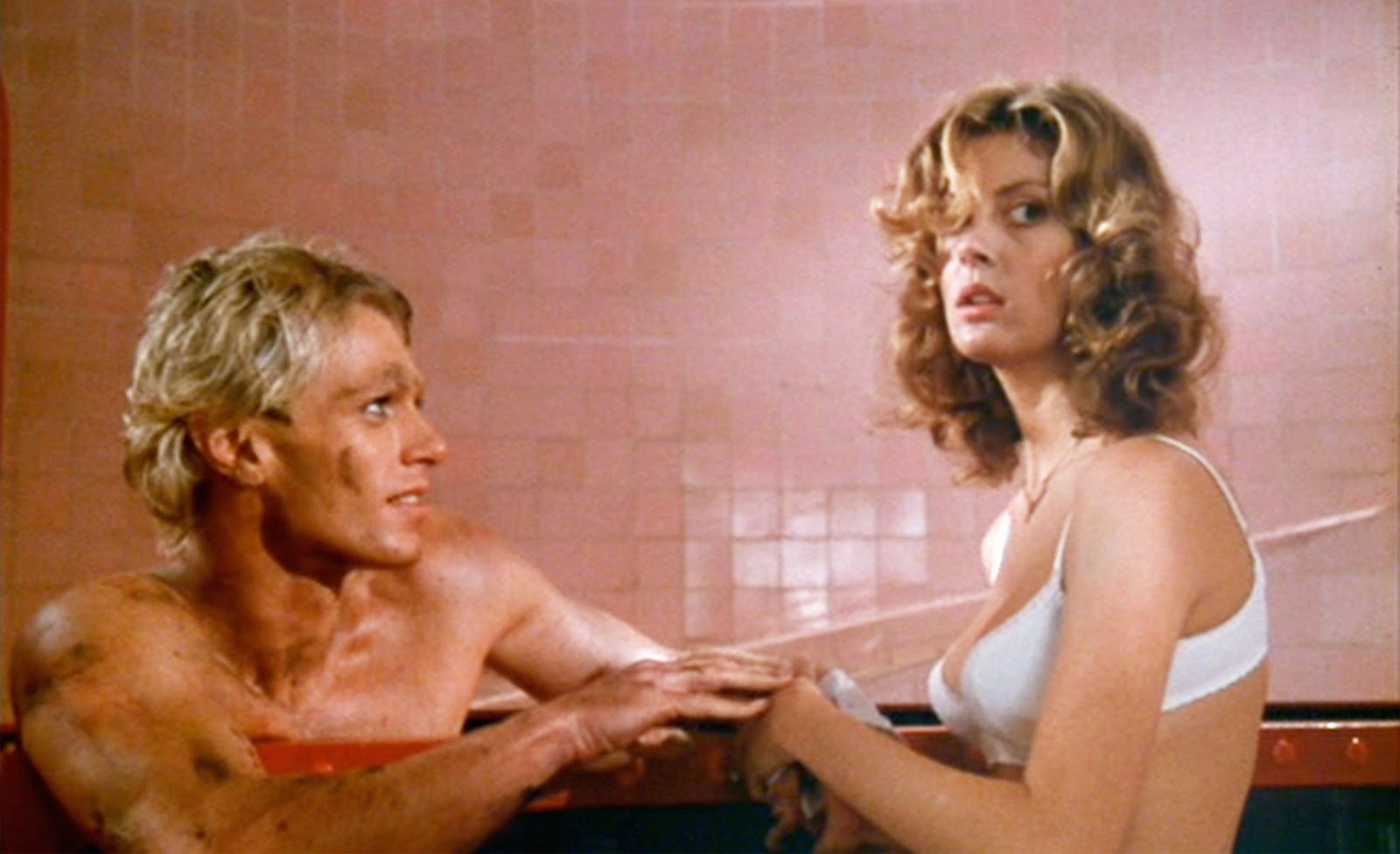 Susan Mary Tomalin has her pretty head up her lovely ass

If Bernie Sanders fails to get the Democratic nomination, Susan Sarandon isn’t sure she’ll vote for Hillary Clinton. She even said Monday that Trump could be the better option.
One of the biggest question marks for Democrats heading into a 2016 general election that should be a cakewalk with a candidate like Donald Trump on the other side is what happens to Bernie Sanders’s supporters if he loses the nomination to Hillary Clinton.
Some will inevitably fall in line and find a way to get excited about the likelihood of America’s first woman president. But many others may end up feeling just as alienated from the political process as they did before Sanders entered the race and just decide to stay home.

As they continued to discuss the issue, Hayes pressed Sarandon to see the election as potentially a choice between Clinton and Trump, arguing that Sanders himself would “probably” urge his supporters to vote for her.
“I think Bernie would probably encourage people, because he doesn’t have any ego in this thing,” Sarandon told him. “But I think a lot of people are, ‘Sorry, I just can’t bring myself to [vote for Clinton].’”
“How about you personally?” Hayes asked.
“I don’t know. I’m going to see what happens,” Sarandon said.
That bit of honesty prompted Hayes to stop in his tracks. “Really?” he asked incredulously.
“Really,” Sarandon said, adding that “some people feel that Donald Trump will bring the revolution immediately if he gets in, things will really explode.” Asked if she thinks that’s “dangerous,” she replied, “It’s dangerous to think that we can continue the way we are with the militarized police force, with privatized prisons, with the death penalty, with the low minimum wage, threats to women’s rights and think you can’t do something huge to turn that around.”

See? This is a re-run. But the ending’s going to be worse. Not that Sarandon — or Michael Moore — give a shit