Donald J. Trump’s struggling candidacy has now become a direct threat to Republican control of Congress, significantly increasing the likelihood that Democrats will take control of the Senate and cut substantially into the House Republican majority next year.Mr. Trump’s string of inflammatory statements in the weeks since his nominating convention last month has sent him tumbling in nearly every state with a contested Senate race, raising Republican fears that their own demoralized voters will not show up to vote, independents will abandon the entire Republican ticket and energized Democrats will flock to the polls.

While Republicans anticipate that their down-ballot candidates will be able to outpace Mr. Trump’s share of the vote, national and local party officials and strategists are increasingly concerned that he is in danger of being so soundly defeated that even their best-prepared candidates will not be able to withstand the backlash to the top of the ticket.

“People are getting pretty nervous about our candidates because he’s in a death spiral here and nobody knows where the bottom is at,” said Senator Lindsey Graham, a South Carolina Republican who is close to many of his colleagues facing re-election.

Mr. Trump’s move this week to overhaul his campaign by hiring the head of a conservative website known for its incendiary writings on race and ethnic identity only heightened Republican concerns about Mr. Trump’s impact on moderate voters. If he devotes the rest of his campaign to a platform of hard-edge nationalism, strategists said, it could further turn off the suburban centrists Senate Republicans need in their column. who up until his new position ran the site created by the late, unlamented closeted, drug-addicted hysteric Andrew Breitbart

As for those boats cue not Rivette’s Celine 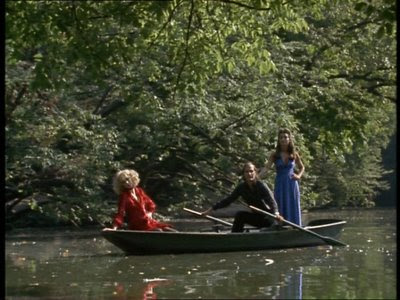 but that Canadian chantootsie who went boating on the Titanic