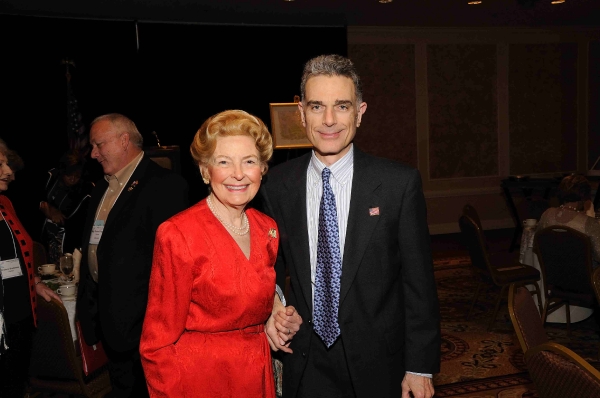 Here’s An Oldie But a Goodie, penned by Bettina Boxall in the Los Angeles, Times, September 19,1992

A son of conservative activist Phyllis Schlafly has publicly revealed that he is homosexual, while at the same time defending his mother’s political views and the Republican Party’s “family values” campaign theme.
“The family values movement is not anti-gay,” said John F. Schlafly, a 41-year-old attorney who lives with his parents in Alton, Ill., and counts among his clients the Eagle Forum, the conservative group founded by his mother.
“These people are not anti-gay. They’re not gay bashers,” John Schlafly said in a telephone interview Friday. “I hold my mother in very high esteem. She’s doing good work.”
He added that he “didn’t agree with everything” he heard at the GOP convention but insisted that “efforts to convey the (Republican) Convention and the platform and speakers as bigots and gay bashers is completely inaccurate. The concept of family values should not be threatening to gays and lesbians. Most gays and lesbians have good relations with their family, as I do.”

Yes, we know the drill. It’s all about “them” — out there somewhere — not “you” safe in Mother’s Arms. Just like Dick Cheney’s lesbian daughter.

As one of Phyllis’s pals put it

Likewise None Dare Call it Hypocrisy

Leo McCarey’s unspeakably grotesque film sheds a lot of light on the situation. In it a sweet old couple played by Helen (“First Lady of the American Theater”) Hayes and Dean Jagger are informed by kindly but insistent government agent that their son, Robert Walker, is a Commie. The proof? Sneering at everything his parent do and say Walker give his gayest performance — which also was his last. Dying during production McCarey was forced to cobble together what he had to finish the film without its star. Hitchcock even gave him shots of Walker trapped underneath the merry-go-round in Strangers of a Train to use for a sequence where Walker is trapped in a car crash.

That was 1952’s “son John” In 2016 the question that remains is what Schlafly’s “son John” who ran all her business affairs, is going to do with the rest of his life.

As for Mom — sing it high, sing it low