Donald Trump, Jr., appeared to commit a Trump-sized gaffe Thursday, making an off-color Nazi reference when complaining about media bias against his rich daddy.
Trump, Jr., was railing against the media’s treatment of the GOP nominee in an interview with 1210 WPHT-AM radio in Philadelphia, when he, in his best imitation of his dad, went off the rails.
“The media has been her number one surrogate in this,” Trump, Jr., said. “Without the media, this wouldn’t even be a contest, but the media has built her up. They’ve let her slide on every discrepancy, on every lie, on every DNC game trying to get Bernie Sanders out of this thing.”
“If Republicans were doing that, they’d be warming up the gas chamber right now,” Trump, Jr. said.

As I trust y’all will recalls the Drumpf campaign has already warmed-up those ovens to put Hillary in. 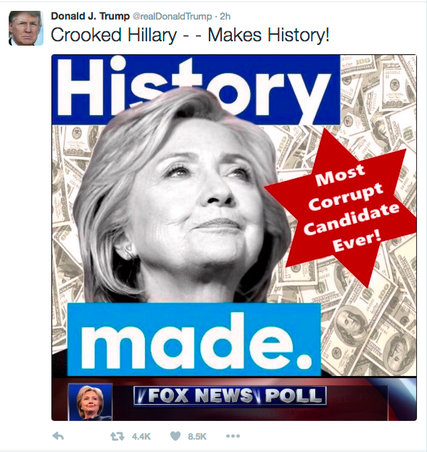