Don’t Pence Me In

As I’m sure you’re aware there’s been a lot of talk lately about getting Drumpf shit-canned from the Presidency — the two (count ‘em) trials he’s facing giving many hope.

The trouble is if “The Donald” goes down, we’ve got Mike Pence!

Here he is a few years back with fellow-phobes signing a “Religious Freedom” law in Indiana, giving those who believe in the Big Invisible Bi-Polar Daddy Who Lives in The Sky the right to attack the LGBT with impunity.

What would he do as POTUS? Rachel has more than a “clue”

John Gallagher notes that in addition to Pence’s above mentioned homophobic escapades, he —

5. Complained about the passage of the Matthew Shepard Hate Crimes bill
In Pence’s ideal world, there would be zero protections. So it’s no surprise that he groused when the Matthew Shepard and James Byrd Jr. Hate Crimes bill was signed into law in 2009. Pence didn’t cite legal objections. Instead, he complained that it advanced a “radical social agenda” and would have “a chilling effect on religious expression, from the pulpits, in our temples, in our mosques and in our churches.”
6. Served on the board of an antigay group
Pence has had a close relationship with the antigay leadership in his state. He served on the board of the Indiana Family Institute, an affiliate of Focus on the Family, which has been in the forefront of attacks on LGBT rights in the state, including a state constitutional amendment banning marriage equality. Thanks to its connections to Pence and other Republicans, IFI has been the recipient of funding for the state’s “Health Marriage” program. The former head of IFI has served as an aide to Pence both in Congress and the state house and as a campaign consultant.
7. Argued that passing ENDA would ban Bibles from the workplace
Of course, in Congress Pence voted against federal workplace protections. What was unique was his reasoning, which was that ENDA would discriminate against Christians. To comply with the law, Pence claimed, “the employer has to ban employees from having a Bible at the workplace for their break time, or displaying Bible verses.” Foreshadowing the Indiana religious liberty law, he went on: “We must stand for the right of every American to practice their faith according to the dictates of their conscience, whether it be in the public square or in the workplace.”

Pence is no defender of LGBT rights, but the evidence Trump’s running mate is America’s nastiest anti-gay politician is surprisingly thin.

Start with the most fabulously contrived lie about Mike Pence: that he supports “conversion therapy,” or in one grotesque iteration, that Pence “advocated for public spending on conversion therapy in Indiana.” (Bold in original.) The article’s hyperlinks provide no support for the baseless charge.

Obviously you read only what you want to read.

Conversion (or “reparative”) therapy noxiously tells people, including teens participating involuntarily, that navel-gazing, role-playing, and prayer can “heal” their homosexuality. I’ve been denouncing this fraudulent practice for a decade, since it doesn’t work, misrepresents genuine religion, insults the integrity of queer experience, and tortures innocent youth.

Well Mother pin a rose on you.

And that’s what the people penning Mike Pence’s Web site (I’ve seen no evidence he wrote it personally) referred to in 2000 when they said federal AIDS money should be redirected “toward those institutions which provide assistance to those seeking to change their sexual behavior.”

See? there’ “No evidence he wrote it personally”

Now, on LGBT concerns, Pence is no Tim Kaine – or Donald Trump. He is an Evangelical Christian with no doubt some old-fashioned, even off-putting attitudes. But not more than most Evangelical Republicans – and many Southern Democrats until a few years ago, for that matter. People grow.

So glad that charming film’s lovely star (a very close friend of George Cukor’s and an idol of Gore Vidal’s) isn’t around to suffer Pence’s far from tender mercies. 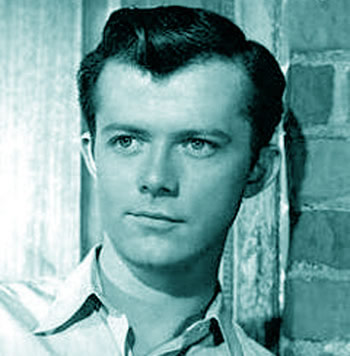 They live in Hawaii

Take it away Jim!