The Joe Alsop story has always fascinated me.

Now more than ever.

Joseph Wright Alsop V (October 10, 1910 – August 28, 1989) was an American journalist and syndicated newspaper columnist from the 1930s through the 1970s. His influential journalism and status as a top insider in Washington was prominent from 1945 to the late 1960s, often in conjunction with his brother Stewart Alsop.

Alsop was born on October 10, 1910 in Avon, Connecticut, to Joseph Wright Alsop IV (1876–1953) and Corinne Douglas Robinson (1886–1971). Through his mother, he was related to Presidents Theodore Roosevelt and James Monroe. Both of Alsop’s parents were active in Republican politics. His father unsuccessfully sought the governorship of Connecticut several times, his mother founded the Connecticut League of Republican Women in 1917, and both served in the Connecticut General Assembly.

Alsop graduated from the Groton School, a private boarding school in Groton, Massachusetts, in 1928, and from Harvard University in 1932

Now for some meat on those bones —

The Alsops once described themselves as “Republicans by inheritance and registration, and…conservatives by political conviction. “Despite his identity as a conservative Republican, however, Alsop was an early supporter of the presidential ambitions of Democrat John F. Kennedy and became a close friend and influential adviser to Kennedy after his election in November 1960. Alsop was a vocal supporter of America’s involvement in Vietnam, which led to bitter breaks with many of his liberal friends and a decline in the influence of his column.

In 1961 he married Susan Mary Jay Patten, a descendent of John Jay and the widow of William Patten, an American diplomat who was one of Alsop’s friends. By this marriage he had two stepchildren, William and Anne. The couple divorced in 1978.

There’s a story and a half in that marriage, as we shall shortly see.

After college, Alsop became a reporter, then an unusual career for someone with an Ivy League diploma. He began his career with the New York Herald Tribune and in a short time he established a substantial reputation as a journalist, particularly by his comprehensive reportage of the Bruno Hauptmann trial in 1934.

Because of his family ties to the Roosevelts, Alsop soon became well-connected in Franklin D. Roosevelt’s Washington.

And now The Dish!

Well that’s no way to put it. No one talked about it back then — save in whispered gossip. Certainly not in the Beltway World Joe occupied. No one brought it up in “polite conversation.”

Even on Broadway. As Sondheim notes ole Porter wanted everyone to believe he was straight, even though every song he wrote made that impossible. Linda was a drug-addicted lesbian much older than he was — which made for a perfect “New York Marriage.” She didn’t get in the way of any of his boyfriends. Richard Rodgers, meanwhile, bemoaned the fact that he was working (albeit quite successfully) with “That Fag!” 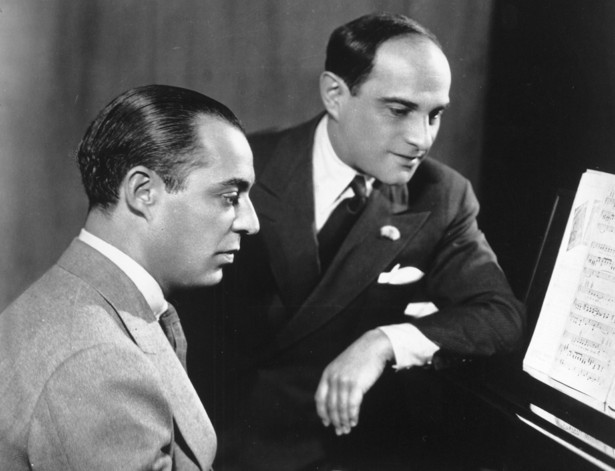 Ironically the straight lyricist he collaborated with after Rodgers death, Oscar Hammerstein

became the mentor of the biggest “Fag!” of them all

who has yet to marry.

Joe Alsop married widowed socialite Susan Mary Jay Patten because he liked her and wanted to aide her ambitions in D.C. society. But apparently his Strange Twilight Urges were too much for her to take.

Richard Helms called him “a scrupulously closeted homosexual”. Nevertheless, Senator Joseph McCarthy insinuated that Alsop was homosexual in the course of a dispute with the Saturday Evening Post about its coverage of his campaign to remove “perverts” from government employment. When McCarthy implied that Alsop was not “healthy and normal”, a Post editor vouched for him: “I know Alsop well, and I know he is a man of high character, with great courage and integrity”.

That meant he knew Joe was decorous. McCarthy — a self-loathing close queen — was not. But like J. Edna Hoover he had the thuggish power to keep the truth at bay for most of his life. Joe Alsop was a fervent anti-communist but despised McCarthy. He felt that Communism was something to be opposed rationally, logically and above all seriously. McCarthy’s showboating aided and abetted by the uber-closet-queen Roy Cohn, was not the way to go for Joe.

Early in 1957, the KGB photographed him in a hotel room in Moscow having sex with another man, a Soviet agent. He rebuffed Soviet attempts at blackmail, instead writing “a detailed account of the incident and a relevant narrative history of his sex life”. It has been described as “brimming with revelations about Alsop’s sex life on several continents”, including a report that one of his lovers was Arthur H. Vandenberg, Jr., who had resigned as Dwight Eisenhower’s appointments secretary in 1953. His accounts, delivered to a friend in the CIA, quickly reached the FBI, allowing J. Edgar Hoover to spread the information through the Eisenhower administration, many of whose members had fought sharp battles with Alsop.Hoover told President Lyndon B. Johnson about the Moscow incident in 1964, and Johnson told Secretary of Defense Robert S. McNamara about Alsop’s FBI file.

While Communism no longer rules Russia, Stalinism certainly does Therefore there’s no reason to believe tat the KGB agents who took pics of Joe in flagante with some hustler or other aren’t still in operation, and the Drumpf “Golden Showers” video isn’t a mere “Buzzfeed” sensation but absolutely real.

In 1965 Alsop complained to friends that Johnson was tapping his phone, a claim that infuriated the President, who believed that he protected Alsop from McCarthy’s attacks years before. Alsop told White House Press Secretary Bill Moyers that he believed the Administration was tapping his phone and spreading gossip about his personal life, all in an attempt to stop leaks. When Moyers reported the charges to the President, Johnson ordered Attorney General Nicholas Katzenbach to be certain no such wiretap was in place and protested that he never ordered one: “I’m as innocent of it as I am of murdering your wife”, he told Katzenbach.

In the 1970s, the Soviets sent Alsop’s embarrassing photos to several prominent American journalists without adverse consequences. Alsop considered making his homosexuality public to end the harassment, but ultimately did not.

That’s because Joe was far too powerful. The question today, when all matter of scandal “Goes viral” is whether Drumpf has the same sort of power.

In Gore Vidal’s novel “Washington, D.C.” (1967), the character of a gay journalist is loosely based on Alsop.

Joe famously quipped “I knew The City and the Pillar with the original cast!”

Among his sexploits was an affair with a great beauty who went on to become the love of Tennessee Williams’ life — Frank Merlo. And now to sing us out with Sondheim — another Frank.