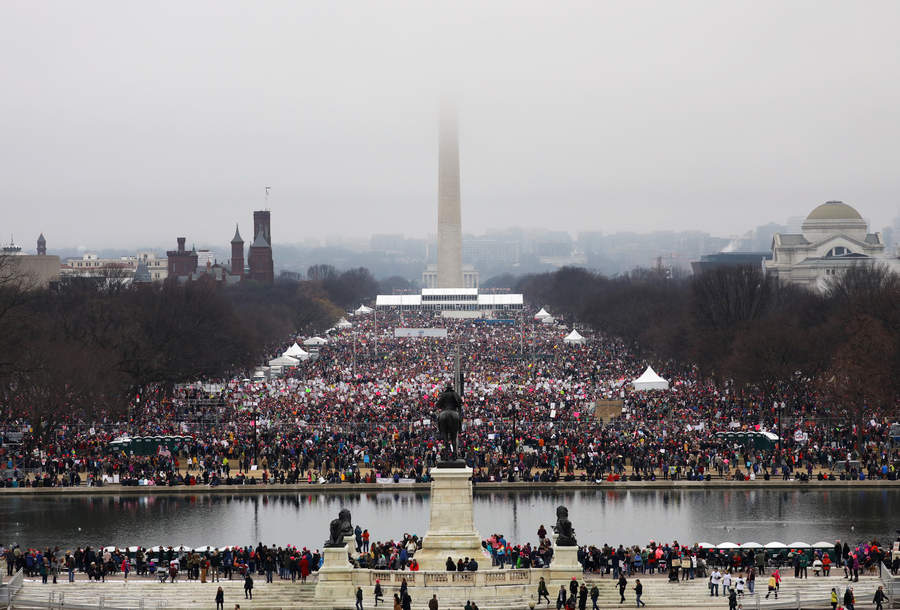 Surely the facts will be denied by Drumpf

Hundreds of thousands of women gathered in Washington in a kind of counterinauguration after President Trump took office on Friday. A range of speakers and performers cutting across generational lines rallied near the Capitol before marchers made their way toward the White House.

They were joined by crowds in cities across the country: In Chicago, the size of a rally so quickly outgrew early estimates that the march that was to follow was canceled for safety. In Manhattan, Fifth Avenue became a river of pink hats, while in downtown Los Angeles, even before the gathering crowd stretched itself out to march, it was more than a quarter mile deep on several streets.

Protesters in the United States and around the world are joining marches Saturday to raise awareness of women’s rights and other civil rights they fear could be under threat under Donald Trump’s presidency.

The key focus of the day is the Women’s March on Washington, which organizers say could attract a quarter of a million participants.

But there are also hundreds of “sister marches” planned around the United States, with some of the biggest expected in Boston, New York, Chicago and Los Angeles.

And women and men in cities around the world — including Sydney, Berlin, London, Paris and Cape Town, South Africa — are also marching in solidarity and in opposition to the values they think Trump represents.

Your wish is my command Madge.

Drumpf doormat Sean Spiecrack only referred to today’s events in very brief passing. He was there to bitch and moan about press coverage of the Drumpf Coronation.

Oh blow it out your useless ass!

And now for some Sondheim