Ruth Marcus, a not easily-upset op-ed scribe for Pravda, sez “Trump’s erratic first week was among the most alarming in history” , noting most pointedly –

In a meeting last week with The Post editorial board, Jason Chaffetz (R-Utah), chair of the House Oversight Committee, said he was weighing legislation to require presidents to undergo an independent medical examination, including for mental health. Chaffetz cautioned that he wasn’t “talking about some of the rhetoric that’s flying around” about Trump. Still, he said, “If you’re going to have your hands on the nuclear codes, you should probably know what kind of mental state you’re in.”

So, is Donald Trump insane? 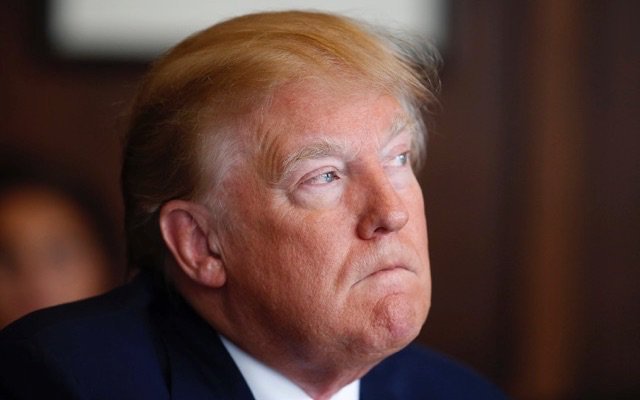 Or does labeling him as a Fruitcake let him off the hook?

These first two days of his ‘Presidency’ saw paranoid and recriminatory tweets, a speech to the CIA in which he ranted bitterly about media reports of his coronation, and his press spokesperson being sent out to deliver another paranoid self-pitying rant. People are mercilessly taking the piss out of the piss-poor attendance at his pitiable inauguration, and Trump appears to be following every single one of them on Twitter. It’s clear to me that whatever means he’s used to survive up until this point aren’t going to work in his new role. There’s simply too much scrutiny and ridicule, and it’s going too deep. He’s too much of a shallow narcissist to ignore it. Trump is going to learn the wisdom of Jacques Lacan: “the madman is not only a beggar who thinks he is a king, but also a king who thinks he is a king”. Whatever monster he has buried in his mind is going to rise up to bite off huge chunks of him from within

Lacan said that what matters in psychoanalysis is not so much what the client says, but what falls out of his pockets while speaking. Trump appears to have absolutely no idea what he has in his pockets, and now everyone on the planet is picking up things, inspecting them and telling him what they are. They are teaching him things about himself that he cannot bear to learn. He also knows that he is President in name only, and that’s not enough to sustain his ego.
He will snap very, very soon.
Our job is to increase the tension.

But is that so easily done?

Leave us not forget the man he’s most frequently been compared to.

and his intergalactic fraternal twin — here giving a speech that’s right from the Trump playbook.

The statements and “Executive Orders” Trump has made ever since taking office have led to worldwide confusion and apprehension.

Perhaps a coup would be our best defense.

And in that case, call out Buckaroo Banzai and the Hong Kong Cavaliers