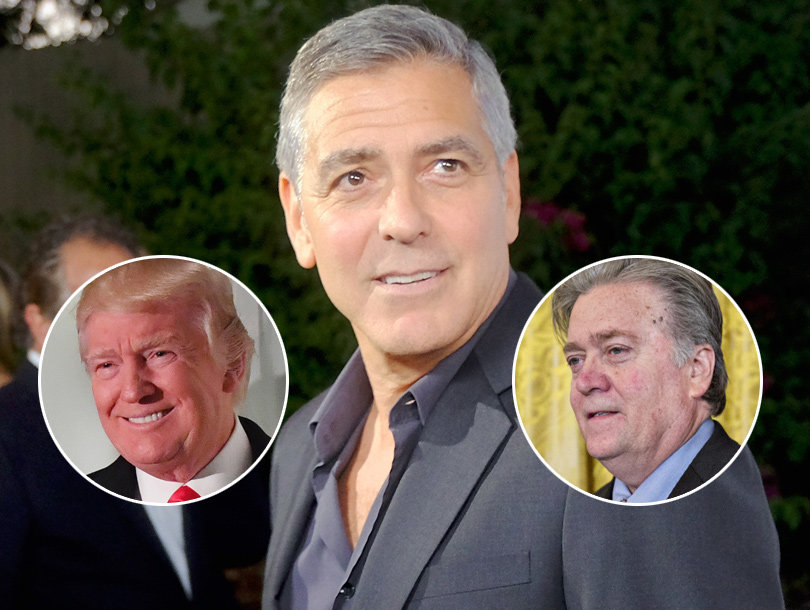 And here’s one of the many reasons why

“Steve Bannon. . . here’s my favorite. This guy: here’s a schmuck who literally tried everything he could to sell scripts in Hollywood. He wrote—you guys have to go online and read this script,” Clooney said, referring The Thing I Am, Bannon’s infamous rap musical screenplay. The production is meant to be an update of Coriolanus. “It’s like a rap Shakespearean thing about the L.A. riots. It’s the worst script you’ve ever read. But he was trying to get it made in Hollywood. And had he, he would still be in Hollywood making movies and kissing my ass to make one of his films. That’s who he is.”

I have always adored George Clooney. Interacted with him several times. He’s a Pro’s Pro with nary a trace of ‘tude and while his films aren’t always up to the high standard he’s set for himself they’re miles above the Hollywood norm. IOW if he were gay and we both weren’t already married I’d be down on one knee proposing right now.

But as that’s not possible, here’s Judy — with dancing partner Chuck Walters — to explain how I feel.