Before Harvey Weinstein There Was Louis B. Mayer 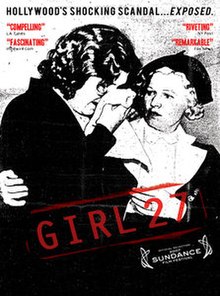 Girl 27 is a 2007 documentary film about the 1937 rape of dancer and sometime movie extra Patricia Douglas (1917-2003) at an M-G-M exhibitors’ convention, the front-page news stories that followed, and the studio’s subsequent cover-up of the crime. Also covered in the film are a similar assault on singer Eloise Spann and her subsequent suicide, and the better-known scandal involving actress Loretta Young and her “adopted” daughter Judy Lewis, the product of her affair with Clark Gable during the production of “The Call of the Wild.

The filmmaker, David Stenn, uses first-person interviews and vintage film footage and music to explore the political power of movie studios in 1930s Hollywood, as well as public attitudes toward sexual assault that discouraged victims from coming forward. The filmmaker’s dogged pursuit of Douglas and their resulting friendship is a consistent theme throughout.

The entire film is available (for a fee) on You Tube. If nothing else it proves that not only is the Harvey Weinstein story scarcely new, but Hollywood has been filled with predators at the very highest level.

Johnny “Scat” Davis will sing us out