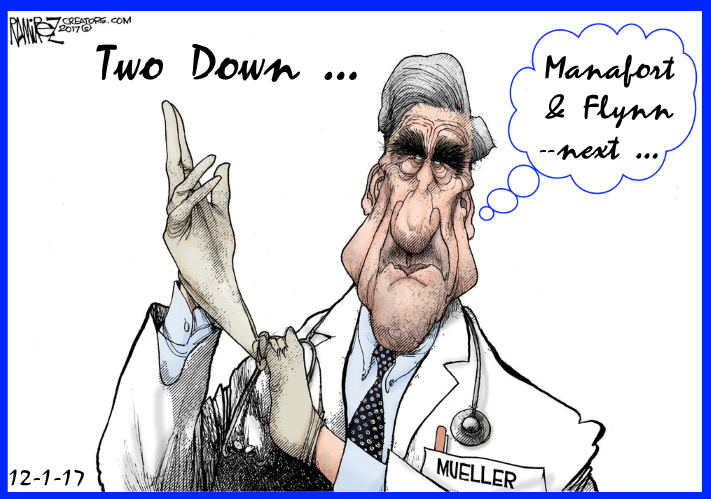 col·lu·sion
kəˈlo͞oZHən/
noun
noun: collusion
secret or illegal cooperation or conspiracy, especially in order to cheat or deceive others.
“the armed forces were working in collusion with drug traffickers”

synonyms: conspiracy, connivance, complicity, intrigue, plotting, secret understanding, collaboration, scheming
“there had been collusion between the security forces and paramilitary groups”
Law
illegal cooperation or conspiracy, especially between ostensible opponents in a lawsuit

and then later in the same interview —

There was tremendous collusion on behalf of the Russians and the Democrats. There was no collusion with respect to my campaign. I think I’ll be treated fairly.