Surely the facts are of no interest to the Supremes

WASHINGTON — A divided Supreme Court on Monday absolved a Colorado baker of discrimination for refusing to create a custom wedding cake for a same-sex couple.
The 7-2 verdict criticized the state’s treatment of Jack Phillips’ religious objections to gay marriage in 2012, several years before the practice was legalized nationwide. The justices ruled that a state civil rights commission was hostile to him while blocking other bakers from creating cakes that demeaned gays and same-sex marriages.

As a result, the long-awaited decision did not resolve whether other opponents of same-sex marriage, including bakers, florists, photographers and videographers, can refuse commercial wedding services to gay couples. Phillips’ victory, the court said, was limited to the facts of the Colorado case

Justice Anthony Kennedy wrote the court’s decision against the same-sex couple, Charlie Craig and Dave Mullins, departing from his long history of opinions in favor of gay rights dating back a generation. Included among them was the court’s 2015 decision legalizing gay marriage nationwide.
“The outcome of cases like this in other circumstances must await further elaboration in the courts,” Kennedy said. “These disputes must be resolved with tolerance, without undue disrespect to sincere religious beliefs, and without subjecting gay persons to indignities when they seek goods and services in an open market.”

So our rights are subject to “market forces.”

WAR HAS BEEN DECLARED 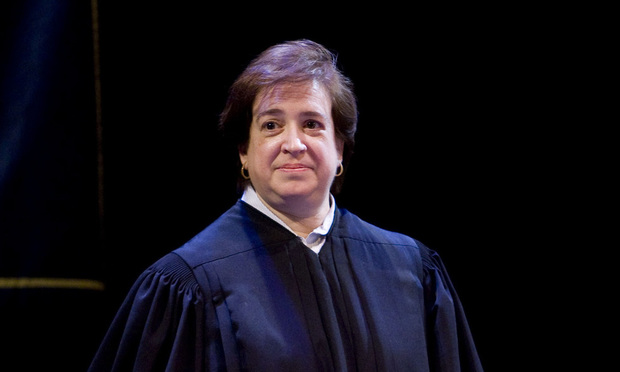 TIME FOR A REWRITE !

We’ve had plenty of unnamed sources insisting on the heterosexuality of Solicitor General and Supreme Court nominee Elena Kagan. The most notable was the anonymous administration official who told the Washington Post that Kagan isn’t gay, in response to an online column by conservative blogger Ben Domenech claiming otherwise.
But there have been other such sources. I previously mentioned one, a Clinton Administration official involved in vetting Kagan when she was nominated to the D.C. Circuit, who insisted to me that she’s straight. Marc Ambinder of The Atlantic cited “[p]eople who know Kagan very well” in reporting that she’s not gay.
Now we have an identified individual going on the record to say that the Divine Miss K enjoys the big D. From Politico:
Elena Kagan is not a lesbian, one of her best friends told POLITICO Tuesday night, responding to persistent rumors and innuendo about the Supreme Court nominee’s personal life.“I’ve known her for most of her adult life and I know she’s straight,” said Sarah Walzer, Kagan’s roommate in law school and a close friend since then. “She dated men when we were in law school, we talked about men — who in our class was cute, who she would like to date, all of those things. She definitely dated when she was in D.C. after law school, when she was in Chicago – and she just didn’t find the right person.”

A denial that the likely 112th justice of the Supreme Court is a devotee of Sappho? This is just… so… ridiculous. But fun! God bless America.
One rumor that has made the rounds is that Kagan once lived together, with a woman, in the Cambridge area. The rumor might be literally true — even if the woman in question, Sarah Walzer, was Kagan’s law school roommate. Her straight law school roommate, who is now married (to a man — another former roommate, interestingly enough).
The Politico piece, by Ben Smith, describes Walzer and Kagan’s life together at HLS:
Walzer recalled sharing a spacious, mouse-infested second floor apartment with Kagan in Somerville, Mass., the city adjoining Cambridge, in the early 1980s, when Kagan was a student at Harvard Law School. The second-floor of a triple-decker, the house had a large dining room where they hosted frequent dinner parties – Walzer did the cooking – for friends who lived in dormitories or smaller apartments.
“There definitely were strategic invites,” Wazler recalled. “She’d say, ‘This is somebody I’m interested in’ and I’d say ‘I’ll make sure he’s one of the people we invite.’”
This is somebody I’m interested in… because he might be able to appoint me to the federal bench someday?
[T]he two lived the life of single, straight young women, with a bit of a Harvard Law twist. Walzer recalled “discussion about who she might be interested in – the usual girl talk stuff– talk about how to get his attention.”

Why they were just like Katherine Hepburn and Laura Harding.

Solicitor General Kagan, I refer you to the wise counsel of your fellow HLS alumna, Elle Woods: “Bend, and snap!’
So, will Walzer’s statement stop the speculation? Not clear. Professing heterosexuality in college or law school (or beyond) doesn’t make you straight for life; trust me on this.
And a female friend / ex-roommate isn’t a firsthand source on Kagan’s sexuality. Walzer and Kagan were roommates at Harvard Law School, not Smith College.

It would be nice if we could find someone who has been underneath her robe — or pantsuit, since she’s not (yet) a judge — and who could say of Kagan: “I came, I saw, I conquered.” (Or maybe “I saw, I conquered, I came.”) Can we get on-the-record comment from an ex-boyfriend, preferably one within the statute of limitations — say, the past six years?
That ex-boyfriend will not be former New York Governor Eliot Spitzer. From Politico:
Another friend, former New York Governor Eliot Spitzer, a member of Kagan’s social circle at Princeton University, wanted to make the same point as Walzer.
“I did not go out with her, but other guys did.”
Well, Eliot, maybe you should have. She wouldn’t have charged you $5,000 an hour. But we hear she likes her men to take their socks off.

But now that she has ruled the LGBT may be denied goods and services from those with “religious objections” — the better to keep that closet door shut — Kagan’s going to have to watch where she buys her socks.