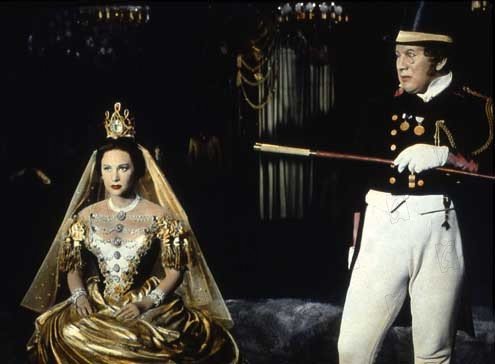 Former “Special Council” Robert Mueller Swan is all over the tube today — much like O.J. –at the ‘hearings” instituted so he might explain his report on Russian interference in the last U.S. Presidential election. But nothing at all is being explained. Mueller is much like Martine Carol in Max Ophuls masterpiece, merely responding with as few ever-halting words as possible to the questions posed to her by select elected official, tag-teaming the Peter Ustinov part. As might be expected the Democrats are reasoned and sober while the Republicans are demented. Of special note in this regard is former “wrestling coach” Jim Jordan

whose relations with teenage boys mirror Trumps with teenage girls. He’s quite hysterical about he famous “Steele Dossier” demanding to know why Mueller didn’t have Steele charged for publishing it, tough it’s all proven to be true and Steele isn’t an American citizen. But one should never confuse a Republican with the facts.
Likewise one should never mistake Muelle for the “Glorious Messenger” — the deux ex machine of The Threepenny Opera

Mueller is A graduate of Princeton University and New York University who served as a Marine Corps officer during the Vietnam War, receiving a Bronze Star for heroism and a Purple Heart for participating in that Crime Against Humanity.

Adding insult to injury is the

provided by the infamous DOJ memo which states

The indictment or criminal prosecution of a sitting President would unconstitutionally undermine the capacity of the executive branch to perform its constitutionally assigned functions.

Politicians of both parties and our famously “Free Press” have treated this memo as if it were LAW.
Walter Dellinger a partner at the law firm of O’Melveny & Myers and the Douglas Maggs Emeritus Professor of Law at Duke University who was assistant attorney general and head of the Office of Legal Counsel from 1993 to 1996 and acting solicitor general of the United States from 1996 to 1997. sez otherwise

Far from being authoritative, it was essentially repudiated within months by the Justice Department in the United States’ filing in the Supreme Court in United States v. Nixon.

Likewise, the most recent opinion—an OLC memo written in 2000—includes brief statements that a sitting president should not be indicted even if all further proceedings are postponed. But far from being definitive, this is a matter that could be reconsidered by the department. Moreover, of course, OLC opinions are not binding on state prosecutors (though state charges could raise federalism questions as well). The complex history of criminal proceedings against presidents and vice presidents suggests that these issues are not foreclosed.

Perhaps the most important point that emerges from a review of all the opinions is this: only once has the United States addressed the question of whether a president can be an unindicted co-conspirator. The conclusion was an unequivocal yes. Richard Nixon was so named in the Watergate indictment, and that inclusion was sustained by Judge John Sirica and defended by the United States in United States v. Nixon. (The Supreme Court did not resolve the question.) No department opinion or filing has ever contradicted that position. The fact that it is permissible to name a sitting president as unindicted co-conspirator, moreover, tends significantly to undermine the only argument against indicting a sitting president.