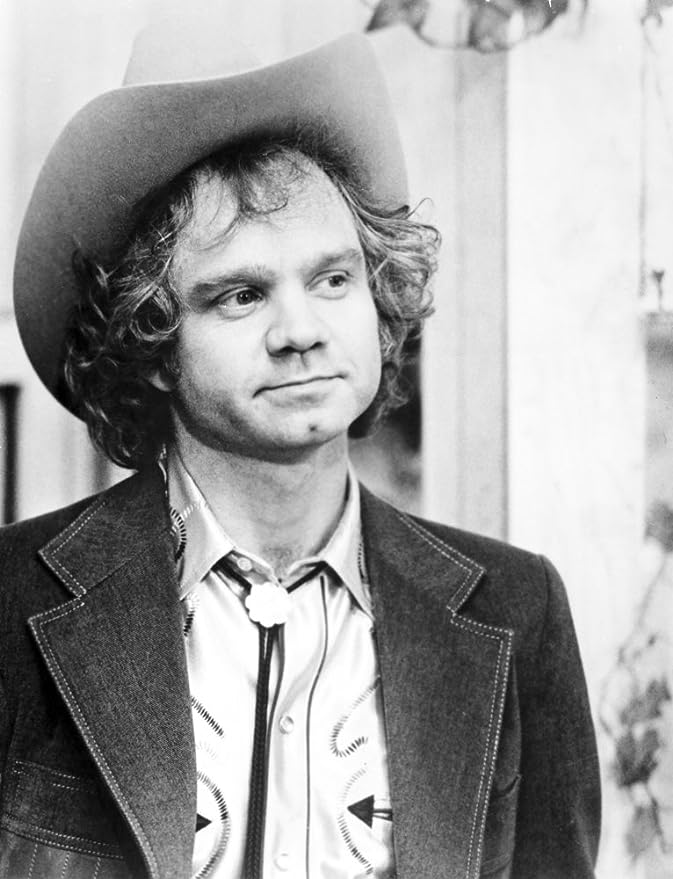 Michael J. Pollard has Gone to “Bloomingdale’s” Here’s His Wiki

And here he is in the role he’ll always be remembered for.

Warren first met him when thy had roles on The Many Loves of Dobie Gillis Pollard went on to Broadway acclaim as “Hugo” in Bye Bye Birdie. Pop singer Bobby Rydell was cast in the movie — which was basically “The Ann-Margaret Show anyway. But Bonnie and Clyde quickly catapulted him into a number of films, most oflitle distinction Here’s a clip fro the most bizarre

I first met Pollard in the late 70’s when he turned up at Pompa’s crash pad for reasons that remain obscure. He was in great emotional distress, going on and on about getting help from someone, somehow for something. Finally he said. “I know I’ll call Warren.” He did, and Warren sent a limo to pick him up and take him to his place. Don’t know exactly what he did to help him out then but he remained close with him — even giving him a part in Dick Tracy as one of Al Pacino’s henchmen.
Warren’s a mensch

I would see Pollard from time to time around town over the years. The last time was last year when he was visiting a friend of his who lives on my block.