GONE IS THE ROMANCE THAT WAS SO DIVINE! 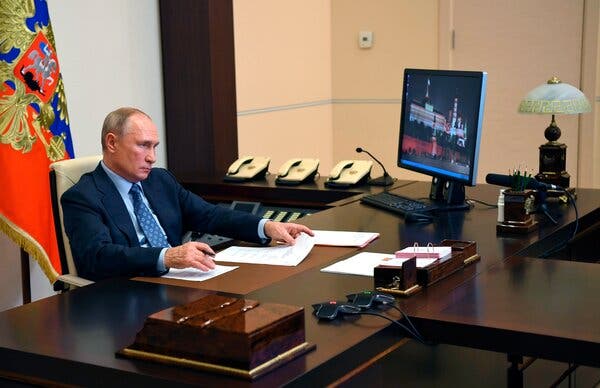 MOSCOW — President Vladimir V. Putin of Russia congratulated Joseph R. Biden Jr. on Tuesday on having won the American presidential election — more than a month after the Democrat became the U.S. president-elect.
Mr. Putin’s long delay in offering congratulations, while President Trump has refused to accept the election results, was widely viewed as a prelude to a frosty relationship between the Kremlin and Mr. Biden’s White House. On Tuesday, after the Electoral College confirmed Mr. Biden’s victory, the Kremlin ended its wait and announced that Mr. Putin had sent the former vice president a “congratulatory telegram” marking his “victory in the United States presidential election.”

WELL THA, AS THEY SAY IS THAT — OR MORETO THE POINT “IT S WHAT IT IS.” YOU CAN BROADCAST THE ELECTORAL COLLEGE RESULTS FOR A WHOLE DAY BUT IT WON’T MEN AS MUCH TO ORANGINA AS GETTING THE HEAVE-HO FROM DA BOSS!

AND NOWAS TRUMP TV DEVOTES ENDLESS HOURSTO HUNTER BIDEN, THE TRUMP TRIALS WILL BE GETTING UNDERWAY.
RANDY NEWMAN WILL SING US OUT