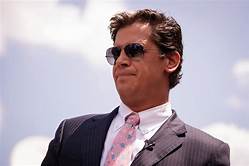 Far-right commentator Milo Yiannopoulos has given an interview in which he claims to be “ex-gay” and has chosen to “demote” his husband to a “housemate”.
The 36-year-old, who is known for giving controversial commentary, allegedly told LifeSite — a right-wing Christian news outlet — of the changes to his sexuality and marital status in an interview published Monday.